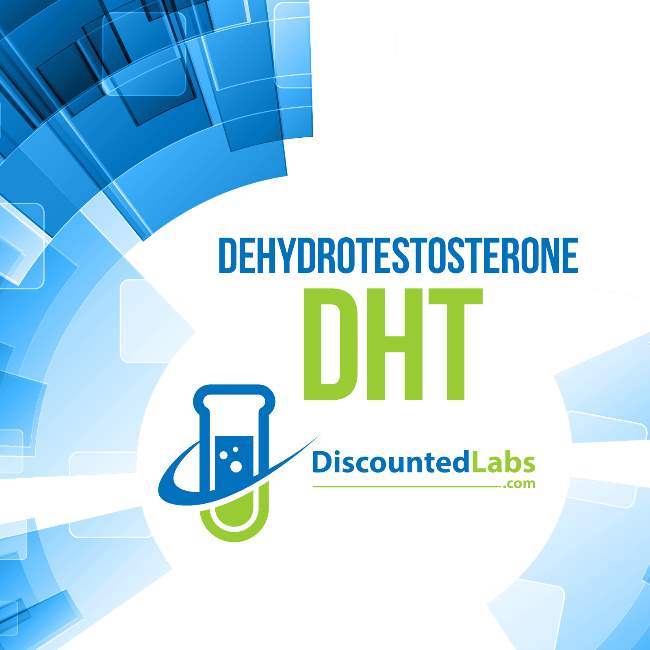 With the exception of estradiol, no hormone is more misunderstood than dihydrotestosterone, DHT. In fact, many men actually fear DHT, going out of their way to lower it and frustrate its biological activity. However, DHT is actually a critical hormone, one that men need for sexual and prostate health, cognitive function, skeletal strength – and many other reasons. Like everything in life, there are downsides to DHT, but the upside of healthy DHT levels far outweighs the challenges it can present.

DHT – Where it Comes From

The principal hormone produced in men is, of course, testosterone. When testosterone is produced by the testicles (or injected/absorbed by a man on testosterone replacement) an enzyme, 5-alphareductase (5-AR) sets to work converting a portion of that testosterone to DHT. This conversion actually prevents some portion of testosterone from reaching the androgen receptors in the brain, genitals, skin, and other tissues. Initially, that may sound as if the body is being deprived of a needed hormone – testosterone. However, for the most part, this conversion is actually in a man’s best interest. DHT binds much more efficiently to androgen receptors, estimates vary, but it would seem that DHT is 300 to 500 percent more efficient at reaching and binding to the receptors, and is far more potent than testosterone. If tissues were deprived of DHT, if 5-AR hadn’t done its job, there would be dramatic physiological changes.  While it is true that testosterone remains the primary, active androgen in muscle/muscle development, DHT is still critical for the full performance enhancing effects of testosterone. Specifically, the impact of DHT on the central nervous system which bring about increased neurological efficiency/strength.

The DHT story is strongly, but not universally, positive. The drawbacks of DHT must be considered.

For men, DHT is clearly a friend, and an important one. However, like virtually every hormone in the body, the key to health is balance. If DHT levels drop too far, men open themselves to low libido.

DHT is not likely to be tested in most men undergoing testosterone replacement therapy. Some clinicians fail to recognize the importance of DHT for men’s health and libido – and so they fail to monitor it. It’s entirely possible, even likely, that some men are not obtaining the maximum benefits of  testosterone replacement because (unbeknownst to them) their DHT levels are not optimal.

DiscountedLabs.con  offers a highly affordable DHT test to help you determine if your body is producing sufficient DHT. The DHT test is quick, easy to administer, and reliable. 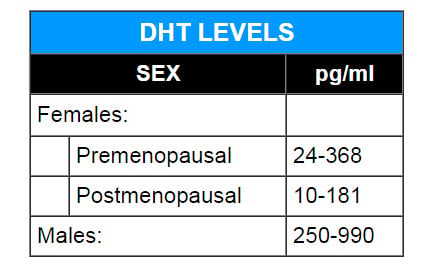 How to Increase DHT

There are natural ways to boost DHT levels if one is not on a testosterone replacement protocol. Here are a few things that can be done.

It should be clear that the vast majority of men have no reason to suppress their DHT levels. However, Propecia is still prescribed regularly for men anxious about losing their hair. As was noted, Propecia will stop or suppress the 5-AR activity that produces DHT. By stopping or slowing the work of 5-AR, male pattern baldness, one of the possible, negative side effects that DHT can produce, may be prevented or arrested. Unfortunately, there is evidence that some men who take this medication may risk lowering their libido and mood.

For reasons still not clearly understood, this medication can produce a syndrome in some men very similar to those symptoms associated with hypogonadism. Loss of libido, weak erections, malaise, and fatigue plague many men even after they have stopped the use of the drug. While it’s true that no one wants to lose their hair, no man wants to wind up with what has come to be known as post-finasteride syndrome.

With proper attention, DHT can be not only a friend, but an ally in the search for optimal health. Don’t fear it – accept it and have it work to your advantage.