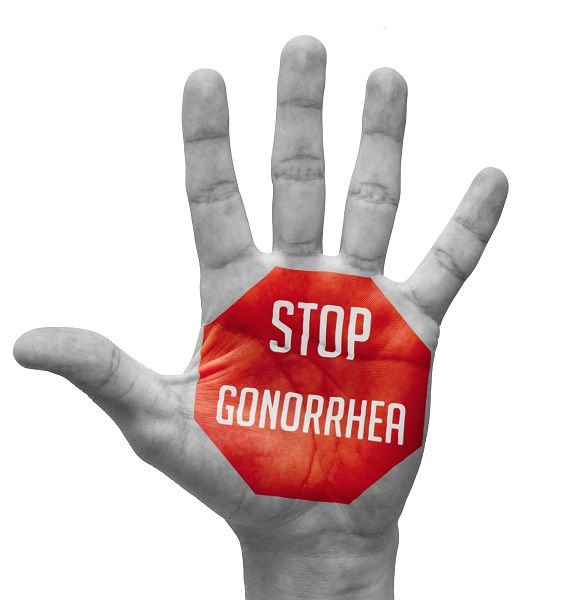 Gonorrhea is another popular sexually transmitted disease which can spread to men and women who engage in unprotected sex. This STD is caused by the Neisseria gonorrhoeae bacterium and it can infect the mucous membranes of the mouth, throat, urethra, rectum, and cervix.

Gonorrhea prevalence in men and women

According to the Center for Disease Control and Prevention, approximately 555,000 cases of gonorrheal infections were detected in the US in 2017 alone. The real number of infected people can be much higher since not everyone who has this disease reports it.

This sexually transmitted illness can be cured using powerful antibiotics, but those who had gonorrhea and cured it can get it again if they have unprotected sex with an infected partner. It is important to mention here that it is not necessary to ejaculate to get gonorrhea, the simple genital contact is sufficient for this disease to spread.

Just like Chlamydia, gonorrhea can also be asymptomatic for a lot of people, so one can actually have it and not know it. In those cases when gonorrhea shows symptoms, men can experience dysuria or a white/yellow discharge from the penis. This can also be accompanied by testicular pain in some cases, but this happens rarely. The discharge can occur between 1 or 14 days after one got infected with gonorrhea.

This sexually transmitted disease can also be asymptomatic in most women. Those who experience symptoms usually complain of vaginal discharge or bleeding, especially between periods. Most importantly, gonorrhea can lead to serious complications if it is not treated quickly in women.

Since the gonorrheal bacteria (Neisseria Gonorrhoeae) can also be found in the rectum mucous membrane, patients might complain of rectal bleeding, discharge or very painful bowel movements. Consulting a healthcare provider is the right thing to do in this case to determine if gonorrhea is really the culprit or not.

If gonorrhea is found in the throat, it can lead to voice hoarseness and mild pain, but usually, it remains asymptomatic for most patients.

As mentioned earlier, not treating gonorrhea as quickly as possible is a sure recipe for serious health complications. For example, women who have gonorrhea might get the pelvic inflammatory disease which is characterized by abdominal pain and fevers. The gonorrheal virus can also spread into the uterus and fallopian tubes and cause permanent damage, sometimes leading to infertility.

In men, untreated gonorrhea coupled with epididymitis can lead to infertility as well, although such cases are rare. Another serious complication consists of disseminated gonococcal infection which is characterized by arthritis and/or dermatitis. This health condition can be life-threatening, so it is paramount to speak with a physician as quickly as possible to get treatment for gonorrhea.

Pregnant women can also transmit gonorrhea to their babies in the moment of the delivery. This results in severe blood infection for the newborn as well as blindness or joint infection.

This STD can be detected by testing the urine in men and/or women. Vaginal or urethral specimens are collected for nucleic acid amplification testing (NAAT). Gonorrhea culture can also be used to test for gonorrhea with the help of special swab specimens. This applies for vaginal or urethral gonorrhea as well as rectal or oral gonorrhea.

Treating gonorrhea can be done using dual treatments which basically means that two different types of drugs are administered at the same time to the same patient. This approach is more helpful because it increases the chance of eliminating gonorrhea rom the body for good and it also prevents antimicrobial resistance.

Patients should refrain from having sex when receiving treatment for gonorrhea. If the symptoms of this STD persist a few days after ending the treatment period, the patient should return to the healthcare provider for another round of medication, although such instances are rare.

Another important aspect to mention is that infected people should tell their previous sexual partners about the disease, so that those in question can get tested and avoid complications. Being upfront about gonorrhea is nothing to be ashamed of and it should be done within 60 days from the onset of gonorrheal symptoms.

How can one prevent getting gonorrhea?

As with Chlamydia, people who have many sexual partners are at a higher risk of getting gonorrhea, so being engaged in a monogamous relationship can significantly lower the likelihood of getting this disease.