Hepatitis A Test, Symptoms, and Treatment 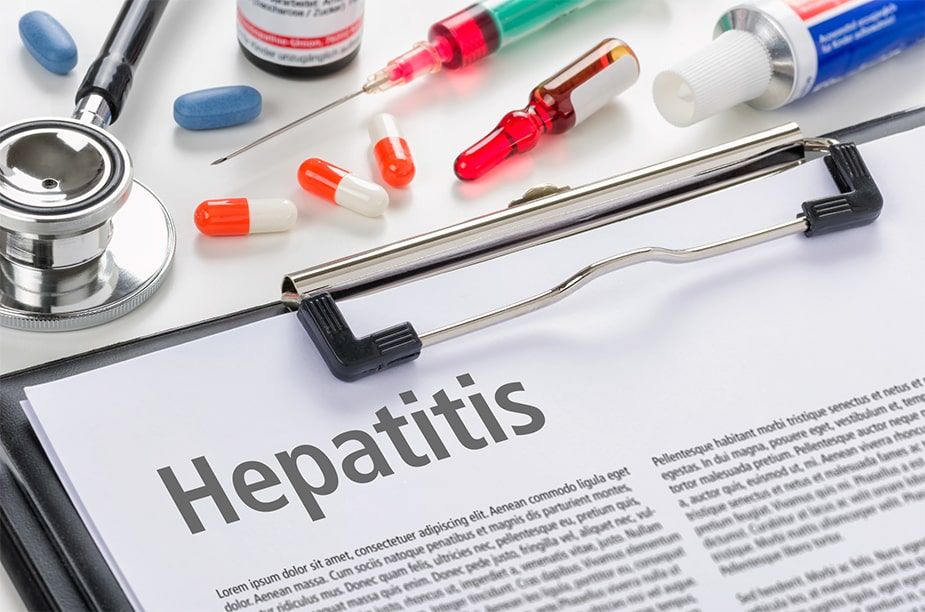 Hepatitis is a serious infection of the liver caused by a certain type of virus or an unhealthy lifestyle. The liver is one of the largest and most important organs of the body. It is responsible for performing more than 500 tasks such as creating hormones, filtering toxins, and metabolizing drugs.

Hepatitis A prevalence in the United States

Fortunately, hepatitis A is not that common in the US as it once was. This is because an increasing number of children and adults are vaccinated against hepatitis A. There are approximately 3000 cases of hepatitis A reported every year, and many of them are usually caused by people who travel to the United States from countries where this illness is common.

It is important to know that certain people are at a higher risk of getting hepatitis A and they should get vaccinated as soon as possible. For example:

· People who use recreational drugs

· Getting in contact with family members, friends or caregivers who are infected with Hepatitis A

· Men who have sexual contact with other men (MSM)

· Having sexual contact with someone who already has hepatitis A

· Living or traveling in countries where hepatitis A is common

Who should get a vaccine for hepatitis A?

· Adoptees from countries where hepatitis A is very common

· Children under one year of age

· Men who have sex with other men (MSM)

· People who have a clutter-factor disease

How can hepatitis A get in one’s body?

Although this illness is not that common in the US nowadays, it is very contagious and it can be quickly transmitted to healthy persons. One can get hepatitis A by ingesting microscopic amounts of the fecal matter of an infected person by sharing contaminated objects, foods or drinks. For example:

· Caregivers who do not wash their hands properly after changing the diapers of an infected person can spread the virus to various other objects which will eventually get in contact with healthy persons (door handles, clothes, etc.)

Another way hepatitis A virus can be transmitted is through sex. Men who have unprotected sex with other men are more likely to get hepatitis A, but anyone who is sexually active and doesn’t use protection can get this or other STDs.

Contaminated food or water can also have the hepatitis A virus, and it can get into one’s body. This problem usually happens in countries where hepatitis A is more common where the contamination process can happen while growing the food, harvesting, handling, and even after cooking it.

What are the symptoms of hepatitis A?

Most people are asymptomatic, but when symptoms do occur, they are commonly present in adults and not in children. The symptoms can appear approximately 2 to 6 weeks after getting infected, and they include fever, fatigue, loss of appetite, dark urine, abdominal pain, joint pain, and others.

These symptoms should go away after about two months, but in some cases, they can last for up to 6 months, especially if the patient has other liver-related illnesses.

Hepatitis A diagnosis and treatment

Diagnosing hepatitis A can be done in a doctor's office by taking a blood sample and analyzing it. If the person has hepatitis A, the doctor will prescribe certain medication which helps in the healing process. The healthcare provider might also recommend rest, getting a lot of fluids and eating certain foods.

In some cases, hepatitis A can require hospitalization and the patient might see improvements in his or her symptoms after a couple of months. These are very rare cases, and they usually happen in people over 50 years of age who also suffer from other illnesses.

Vaccination is the best way to prevent hepatitis A

Getting a vaccine for the hepatitis A virus is the best way to prevent it from getting into the body. One should talk with his healthcare provider and see if a vaccine for hepatitis A is covered by his or her health plan.

People who travel a lot should also get vaccinated, even if they only stay for a couple of days. Vaccination can occur in 2 shots at six months apart, and they offer protection for a long period. Best of all, some inexpensive vaccines can also be found at local pharmacies, and it is best to consult a doctor to see which ones are the most recommended for you.

· It is not commonly spread in the US, but approximately 3,000 infections are reported each year

· The symptoms of hepatitis A are fatigue, nausea, vomiting, fever, sweats, and loss of appetite, among others

· These symptoms appear approximately 2-4 weeks after the infection, and they can last for about two months on average

· Testing for hepatitis A can be done by a blood sample. If positive, the healthcare provider might recommend certain medication, rest and proper nutrition

· People who travel in countries where hepatitis A is common are more likely to get infected.

· Similarly, men who have sex with other men and people who use recreational drugs are also at high risk

· Hepatitis A is spread by ingesting microscopic amounts of the fecal matter of an infected person. This can be done by sharing objects, foods or drinks with someone who already has hepatitis A

· This disease can also be transmitted through unprotected sex

· Preventing hepatitis A can be done by vaccination. Some inexpensive vaccines can be found at certain pharmacies

Beyond TSH: Why Doctors Should Check Other Thyroid Hormones
What Every Man Should Know About hCG
Magnesium Deficiency Test - Diagnosis, Causes and Symptoms of Low Magnesium
How to Find a Good Doctor that Prescribes TRT