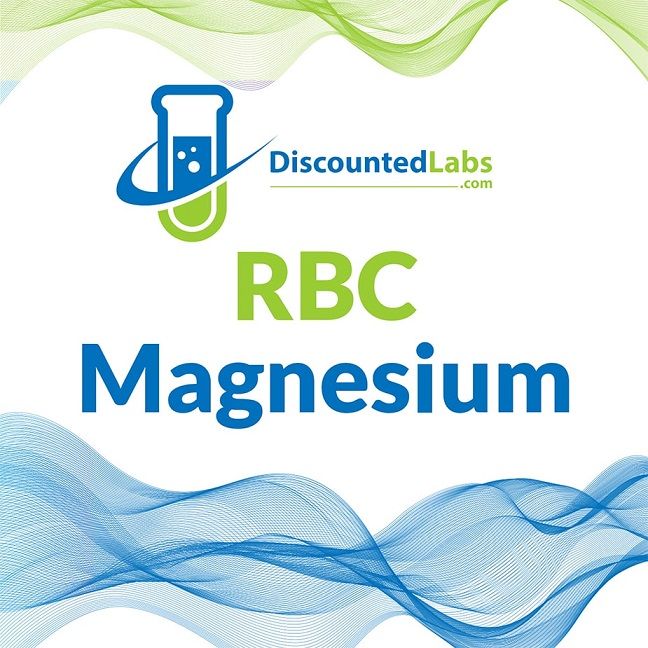 This article explains the need for a magnesium deficiency test and what is RBC magnesium.

What is Magnesium and What Can Lower it?

Hi. Dr. Osborne here with Web Wellness University. Today I want to talk a little bit about magnesium. Magnesium is an essential mineral. The body can't make it, you have to obtain it from the diet. It's one of those minerals that is largely deficient in a lot of people in the United States. There are several reasons why a person can become deficient in magnesium and so we're going to talk about what some of those reasons are and what some of the side effects and consequences of magnesium deficiency are.

First of all let's start with some of the things that we know can induce a loss of magnesium. The first is stress. We know that chronic stress, and everybody's under stress but it's the chronic low-grade stress that's constantly there that contributes to long-term magnesium suppression, long-term magnesium deficiency. The other thing that's common, it causes a magnesium deficiency is diuretics. Diuretics can be a number of different things. One of the most commonly used diuretic is caffeine. People that wake up everyday and get their morning cup of Joe and they think that that is just fine and there's nothing wrong with one cup of coffee a day realize what you're doing and in part as you're inducing long-term chronic magnesium deficiency.

Additionally, one of the other more common diuretic that's commonly used is alcohol. Those weekend drinking binges those can also contribute to a depression of magnesium storage in the body. Then we also have blood pressure meds. Blood pressure meds can also lead to a magnesium deficiency so the category of diuretics, the things like alcohol, caffeine, and blood pressure medications can also contribute to magnesium deficiency. Then lastly, the other thing that we have that reduces magnesium as a major common effect in the US is diet. The primary thing in the diet that causes magnesium deficiency is a high intake of refined carbohydrates. What we're talking about here carbohydrates, we abbreviate CHO, increased dietary refined carbohydrates, these are breads, pastas, cereals, cakes, crackers, cookies, things that are highly processed that have a lot of calories from carbs or sugars and have very little nutritional value. Those are your examples, breads, pastas, cereals. Other examples would be cakes, crackers, cookies, baked goods, things that just generally we consider to be junk food.

These are the three major areas in the US lifestyle that induce a magnesium deficiency. Now let's talk about what some of the consequences of magnesium deficiency are. One of the first things that happens with magnesium deficiency or that can happen is the symptom depression, and so people can start to feel sad, they can start to feel apathetic, they can start to feel depressed in a nutshell. Now, antidepressants are one of the top selling drugs in America so we look at this and we say potentially magnesium is contributing to at least some of those cases of depression and we investigate for magnesium deficiency as physicians in our patients then maybe we can reduce needing the prescription and we can just address these three main areas with our patients so that they don't become depressed as a result of a magnesium deficiency. You got that one of the more common side effects or one of the more common things that happens is we prescribe something called SSRI's, selective serotonin reuptake inhibitors. These are medications like Paxil and Prozac and what they do is they're supposed to increase the amount of serotonin that your brain can communicate with and therefore alleviate the symptoms of depression.

The problem with some of these drugs is that they actually cause folic acid deficiency or they can and they can also cause vitamin B5 and vitamin B12 deficiency. What happens when you become folic acid and B12-deficient you can also suffer from depression. Again, if we just go back up and address these things that induce the magnesium deficiency that causes depression in the first place we wouldn't have to go through all these rigamaroo right here. The second thing that can happen with magnesium deficiency is we can get vasoconstriction. Now, what does mean, vasoconstriction? Vasoconstriction means high blood pressure, basically it means constricted blood vessels so the blood vessels become spasmic and so the blood pressure goes up. As a result or as a consequence of vasoconstriction we get elevations in blood pressure. What do doctors do when we prescribe blood pressure or what do doctors do when we develop high blood pressure? They prescribe diuretics. Now we're on a diuretic, we're already magnesium-deficient, the diuretic induces more of the magnesium deficiency, and so now we've just treated a problem and re-induced the same problem and we've really not gotten anywhere.

Again, if we just address these three elements in the origin of this whole issue then we wouldn't ever need to get to this point. That's number 2. What's the third thing that happens with magnesium deficiency? We get loss of bone so we can have bone loss. Magnesium is a mineral, it helps with thickening of the cortical part of the bone so that's the ... Our structure of the bone is very, very hard. Magnesium helps to mineralize that area. Without magnesium we can actually develop a deficiency in bone and that's called osteoporosis or osteopenia for pre-osteoporosis. What happens when people are prescribed or when people are diagnosed with osteopenia, what happens when people are diagnosed with bone loss is they're typically prescribed HRT, that's short for hormone replacement therapy. Estrogens are one of the more common prescriptions. What do estrogens do? Estrogens cause a deficiency of folic acid, vitamin B5, and vitamin B12 so again we end up creating more nutritional problems as a result of not addressing the three core issues of the cause of the magnesium deficiency.

The other thing that happens is we can develop muscle spasm. It's a very, very common symptom of magnesium deficiency. If your eyelids ever twitch, if your muscles every twitch voluntarily that's one of the symptoms of magnesium deficiency. When we have this muscle spasm, one of the things that happens is we develop muscle pain because the muscles are in spasm and they're compressing the joints aggressively. When we try to exercise and the muscles are too tight, we can develop pain. Now, after that we end up taking a medication for pain. Those kinds of medications are called NSAID's, non-steroidal anti-inflammatory drugs. NSAID's deplete the body of iron, folic acid, and vitamin C and of course those things can contribute to muscle and joint pains so again we're chasing our tail.

The next thing that we know that magnesium deficiency can contribute to is a thickening of the blood. It causes an increase in blood viscosity or increases the thickness of the blood. When that happens blood pressure goes up. What did we say over here? We've got blood viscosity increasing and we've got blood pressure problems already with a magnesium deficiency so now we've got an increased blood thickness and an increased risk that comes along with that is stroke and heart disease. We don't want that so what happens when our blood gets too thick? The doctor prescribes a medication like Plavix or a medication like Warfarin, and of course Warfarin is going to be ... Warfarin is actually derived from a rat poison but what it does is it inhibits vitamin K. If we're prescribed Warfarin, this diagram is getting a little thick, and we get a vitamin K deficiency then what ends up happening? Vitamin K deficiency causes bone loss. Now you can see we're still chasing our tail no matter what angle we turn if we don't address the origin of the problem. We just come back and we find that what our bandage is which is the medication that treats the symptoms never actually addresses the core issue of the problem.

How to Know if Your Magnesium is Low? Testing for Magnesium Deficiency

Again, we start chasing our tail so what's the important takeaway here? If your diet is high in refined carbohydrates, if you are a chronic diuretic user in the form of alcohol, caffeine, or medication, or if you are under undue stress from a chronic nature, whether you hate your job or you have a terrible commute to work, or you're miserable in your marriage, whatever the case might be, it's a smart move to have your magnesium levels checked. I'm not talking about your serum magnesium levels because serum magnesium levels are not all that accurate of a blood test. You actually want to have your doctor run a test called RBC Magnesium where it can measure the amount of magnesium that's actually inside your cells.

It's a much more accurate way to measure for magnesium and you won't get a lot of false results. Then your doctor will be able to actually address the problem and then addressing these areas up here becomes vitally important. Remember magnesium is necessary for more than 18,000 functions in the human body. These are just a few of them and the few of the consequences. Again, if this is you, high stress, high diuretic, and high refined carbohydrate diet have your doctor run a spectra cell test, measure your magnesium levels, make sure it's not something you don't need to supplement with. Even more importantly then supplementation address these areas in your lifestyle. I'm Dr. Osborne with Web Wellness University. Hope you have a great day.

Get your magnesium RBC test