4 Signs You Are Low in VITAMIN D 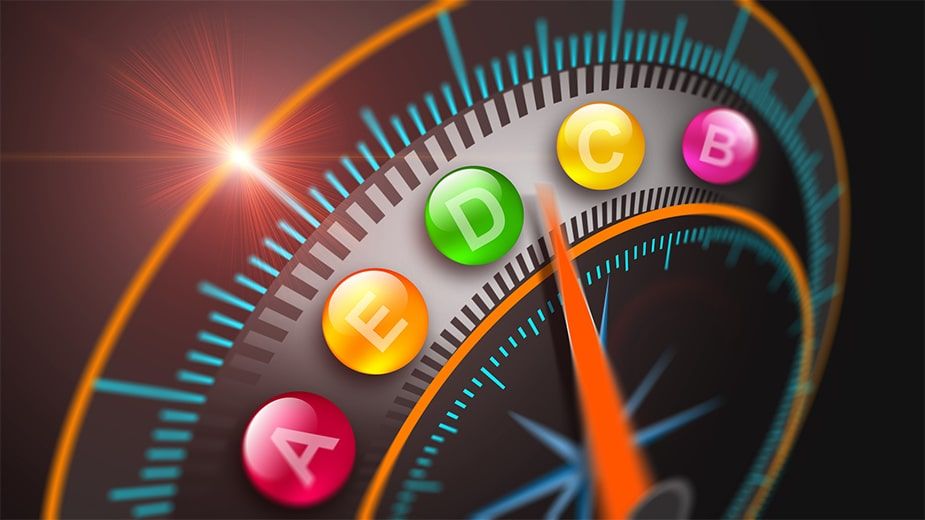 Vitamin D is known as the sunshine vitamin because you can synthesize it from cholesterol when you expose your skin to the UV rays from the sun. But unlike other fat-soluble vitamins, vitamin D also functions as a hormone, and almost every cell in your body contains receptors for it. Research has shown that vitamin D plays an important role in skeletal, immune, and cardiovascular health.

Historically, the main disease attributed to severe vitamin D deficiency is rickets, which is characterized by weak and soft bones in children resulting in bowed legs, stunted growth, and bone pain.

Rickets was first defined as a medical condition in 1645 by an English physician named Daniel Whistler who gave the earliest known description of the disease.

Today, rickets is relatively uncommon in the developed world due to public health initiatives in the 1930s recommending vitamin D fortified foods such as milk and cod liver oil for infants. However, there is still an epidemic of low vitamin D levels in North America with estimates as high as 70% of the general population falling into this category.

The main causes of low vitamin D are factors such as the excessive use of sunscreen, darker skin people emigrating to northern climates, and limited outdoor activities. A recent study showed that children in the United States spend less time outdoors than inmates in a maximum-security prison.

Unlike severe vitamin D deficiency seen in rickets, the signs of low vitamin D are more subtle, can take longer to manifest, and are often mistaken for other health conditions.

Here are four signs that suggest you may be low in vitamin D.

#1 is Unexplained Fatigue. Fatigue is one of the most common complaints seen at the doctor's office, even among people who claim to be getting sufficient sleep. Because the root causes of fatigue can be complex and variable, it can be difficult to pinpoint one single culprit. However, recent studies have highlighted the importance of vitamin D about energy production.

One cross-sectional study published in the Global Journal of Health Science evaluated 200 nurses by measuring levels of fatigue based upon self-reported questionnaires. The subjects then had blood tests for 25 hydroxy vitamin D, which is the most important vitamin D metabolite. On a possible scale of 9 to 63, the mean fatigue score was 38.76, with 89% of the nurses shown to have low vitamin D levels. Researchers are unsure why vitamin D deficiency contributes to fatigue, but they suspect it may have something to do with mitochondrial function.

Mitochondria are the powerhouse centers of your cells that produce energy by replenishing a key molecule called, phosphocreatine. Optimizing vitamin D levels has been shown to result in a significant reduction in phosphocreatine replenishment times, indicating an improvement in mitochondrial function.

#2 is Back Pain. Chronic back pain is a leading cause of disability, resulting in a significant reduction in quality of life. It's estimated that 80% of back pain cases have no obvious identifiable cause making it difficult to treat. However, new research suggests that chronic back pain may be a sign of low vitamin D due to the role that it plays in bone health.

Vitamin D is important for maintaining a healthy skeletal system by helping the absorption of calcium into the bones. Back pain is most common in postmenopausal women who have osteoporosis associated with decreased bone mass, spinal fractures, and inflammation.

One study involving 9,305 women with a median age of 67 found those with the lowest vitamin D levels had the most severe back pain and limited mobility for daily activities.

Back pain can also be caused by a condition called osteomalacia, which is bone weakening caused by faulty bone building biology. Osteomalacia is characterized by a dull, aching pain in the lower back, pelvis, hips, legs, and ribs. Optimizing vitamin D levels will help to deposit calcium into your bones where it can strengthen your entire skeletal system and reduce pain.

#3 is Frequent Infections. One of the most important functions of vitamin D in the body is to strengthen the immune system to ward off pathogenic bacteria and viruses. If you happen to be one of those people who catch every cold or flu that goes around the office during the fall and winter months, then you may be low in vitamin D.

#4 is Depression. Depression is a mood disorder that can be difficult to identify because it can come on gradually and vary in intensity from person to person.

Some of the signs to look for are a loss of interest in formerly enjoyable activities, poor mental focus sometimes described as brain fog, feeling tired all the time, low self-esteem, changes in appetite, antisocial behavior, and constant feelings of despair and hopelessness.

As I mentioned in the introduction, vitamin D is known as the sunshine vitamin because we can synthesize it internally when we expose our skin to the UV rays from the sun. This is why research has shown that there is a connection between depression and vitamin D deficiency, especially in individuals who suffer from seasonal affective disorder.

A 2006 study published in the Journal of Nutrition showed a higher prevalence of vitamin D deficiency in Black Americans compared to Caucasian Americans. This may result in darker skin individuals living in northern latitudes having a greater risk of mood disorders such as depression and anxiety.

Research has shown that parts of the human brain, the link to the modulation of mood, have cell receptors for vitamin D. It's these receptors that enable brain cells to receive important chemical messengers. Although the exact mechanisms aren't fully understood, scientists have theorized that vitamin D enhances the effectiveness of feel-good neurotransmitters such as serotonin, which in turn elevate mood.

A study in Sweden found that people who attempted suicide had significantly lower blood levels of vitamin D and higher levels of pro-inflammatory cytokines, which had previously been observed in other suicide patients.

Cytokines are a type of cell-signaling protein that promotes inflammation in the brain and have been linked to depression in other neurological diseases. Vitamin D has been shown to reduce the activity of pro-inflammatory cytokines.

Although these four signs aren't definitive proof that you're low in vitamin D, they can be an early warning that you need to speak with your doctor or to have your blood tested.

Foods that contain vitamin D are fatty fish such as salmon, or sardines and fortify dairy products. Supplements are also an option. I take 6,000 IUs of vitamin D, three per day, which is far above the paltry amount of 600 I use of the RDA, and this puts me in the upper end of optimal ranges for vitamin D blood levels.

If you prefer not to take supplements, you can raise your vitamin D levels by exposing your skin to the sun for 30 to 60 minutes three to four days per week, depending on your skin pigmentation.

One study found that not only does regular sun exposure raise vitamin D levels, it also raises endogenous neuropeptides called endorphins that inhibit pain and produce a feeling of euphoria.

GET YOUR VITAMIN D BLOOD TEST

← Previous Next →
Related Posts
Related Products
Categories
Recent Posts
Comprehensive Cancer Panel for Men
The Importance of The Liver Test Panel and Why You Should Get It
Ultimate Lab Test Panel for Men and Women - Why You Should Order It
How to Get Affordable Blood Tests With or Without Insurance
Gynecomastia: Types, Causes, and Treatments