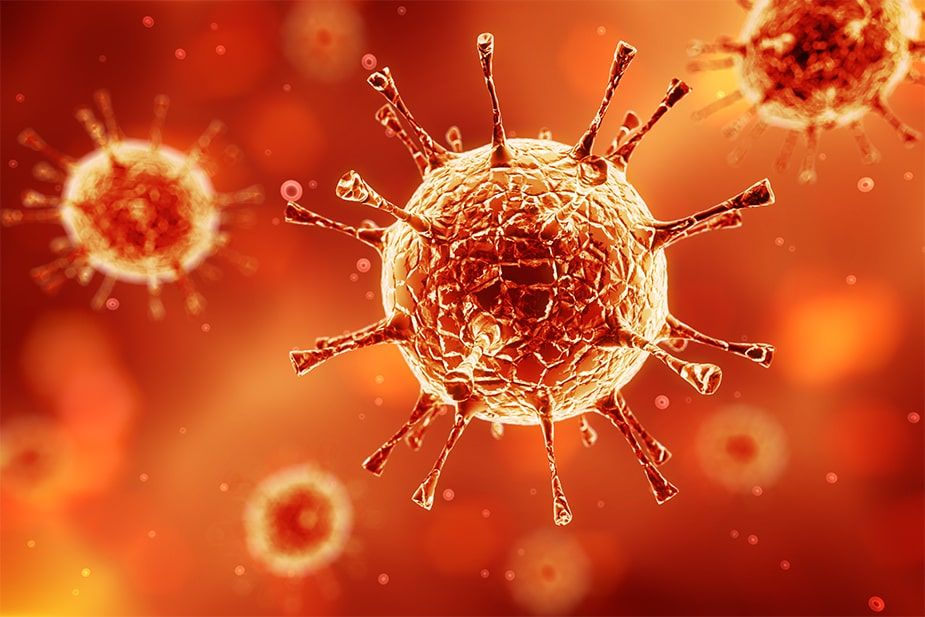 HIV is one of the most dangerous sexually transmitted disease known to humanity. HIV stands for human immunodeficiency virus, and it can be transmitted through the exchange of certain body fluids during sexual intercourse.

Perhaps one of the most celebrities who live with HIV in the body is the charismatic actor Charlie Sheen. He publicly admitted in November 2015 that he is HIV positive and that he was diagnosed with this STD approximately four years before.

How does HIV affect the body?

This STD is dangerous because once it gets into the body, no treatment or medication can eliminate it so that patients will live with it forever. HIV attacks the T cells which are the “guardians” of the body.

These cells (also known as CD4) are immune system cells which help fight off different types of viruses and bacteria. HIV slowly diminishes the number of T cells in one’s organism, rendering the patient vulnerable to other illnesses, even common colds or flu.

It is important to mention here that the decrease in T cells happens slowly over time, a process which might take several years. When a critically low number of T cells has reached in the body, the person is then diagnosed with acquired AIDS which stands for Acquired Immune Deficiency Syndrome.

How to manage HIV/AIDS?

Although there is no treatment to cure HIV, there are medications which can significantly slow down the number for viruses which attack T cells. This is called antiretroviral therapy or ART, and it can successfully “neutralize” HIV, preventing it from weakening the immune system of the patient completely.

People who benefit from ART can live normal lives, just as those who don't have HIV and are completely functional.

In comparison with other types of illnesses, HIV is a relatively “new” one which is believed to originate from African chimpanzees. Scientists believe that the blood of these primates in Central Africa was infected with HIV and when the local hunter/gatherers ate the chimpanzees, the disease spread to humans. This happened in the late 1800s. In the US, HIV was reported around 1981.

Just as syphilis which is another dangerous STD, HIV can also have several stages, and it progresses through them at a slow pace. The good news is that people who benefit from ART can significantly reduce the progression of HIV to its final stages or stop the progression altogether. Additionally, treating HIV with ART also renders patients unable to transmit the virus to someone else.

Several weeks after the virus entered the body; the patient will experience symptoms similar to a common cold or flu. For example, one might start to sneeze, cough and experience fever for a couple of days. This is normal since the immune system is trying to fight the virus and eliminate it from the body.

People who have unprotected sex with someone suspected of HIV and develop flu-like symptoms should be immediately tested to see if the virus entered the body or not. There are two different tests which can be used to discover HIV infections such as the fourth-generation antibody/antigen test or nucleic acid (NAT) test.

This is a stage when the HIV is in a latent state, and it gets multiplied at lower rates, in comparison with the first stage. However, the disease is still transmissible, although people who benefit from ART are much less likely to transmit it to another person.

This stake is also called the asymptomatic stage because the disease doesn’t show any symptoms at all, although the virus is still in the body. Infected patients are also less likely to get sick, and they can function normally. HIV can be in this stage for about a decade or even longer, but some people progress to the third HIV stage in just a few years.

It is important to mention here that those who benefit from ART can prolong this stage for at least several decades, so the HIV might never progress to the last and most dangerous stage. Seeking immediate medical attention is paramount for increasing the survival chances of the patient.

This is the final stage of the disease, and at this point, the virus count goes up drastically, completely ruining the already weakened immune system of the patient. This stage is also known as AIDS, and the infected person is expected to live for about three more years if ART is not administered as soon as possible.

People who develop AIDS also begin to have symptoms again, and they usually experience swollen lymph glands, fever, sweats, severe weight loss, and others. The patient's health is compromised by a wide variety of other illnesses (commonly known as opportunistic illnesses) which slowly damage the entire body as the T cell count drops below 200 cells/mm,

However, there are several factors which might increase the likelihood of getting HIV through oral sex such as ejaculating in the mouth of the partner, having bleeding gums or genital sores. It is important to know that a wide variety of other STDs can be transmitted through oral sex such as Chlamydia, syphilis, etc., so one should be very careful before engaging in such activities.

Certain body fluids such as rectal fluids, blood, sperm, pre-seminal fluid, vaginal fluid, and even breast milk can be responsible for transmitting HIV to another person. If various mucous membranes which can be found in the mouth, anus, vagina or penis get in contact with these fluids, then the person in question gets infected.

Sharing a needle with an infected person as well as getting in contact with equipment used to prepare an injection (drug use) can also transmit HIV. It is estimated that the virus can live for up to 42 days in a syringe, so it can continue to infect other persons who use it.

Other less-common ways of getting HIV

This type of virus can also be transmitted from an infected mother to her child during the breastfeeding process. Another HIV transmission method is through blood transfusions or blood products which has been previously infected with HIV, although such cases are rare.

Since this STD is very dangerous, there are numerous myths which surround its transmission methods. HIV cannot be transmitted by:

· Sharing a bathtub or a pool with an infected person

· Getting in contact with the saliva, tears or sweat of an infected person

· Sharing a closed-mouth kiss with someone who has HIV

· Petting the cat or dog of an infected person

· Being bitten by mosquitoes or other insects

· Sharing toilets, foods or drinks with people who are diagnosed with HIV

· Being spit or scratched by an infected person

There are multiple ways one can prevent getting HIV. The most effective way is to practice abstinence from sex. That means not engaging in sexual relationships with anyone.

Studies show that using water-based lubricants in conjunction with a condom is also a good idea because these can prevent condoms from breaking. However, Vaseline or oil-based lubricants shouldn’t be used because they can increase friction and potentially damage the condom.

Having fewer sexual partners and being engaged in a mutually monogamous relationship is also a great way to reduce the risk of getting HIV.

Medications to get prior and after potential exposure to HIV

PEP is a different type of medication which should be taken by people who think that they have been exposed to HIV. This is an emergency drug similar to antiretroviral therapy and should be taken within 72 hours since the exposure. It will drastically reduce the chance of an HIV infection.

It is paramount for people who were sexually assaulted to use this type of medicine as quickly as possible to prevent HIV from getting into the bloodstream.

There are multiple tests which can detect HIV in the body

Testing for different types of STDs, including HIV, should be done regularly, especially if one is sexually active. An HIV test should be a routine test everyone does at least once a year. Even people who are at low risk for getting HIV or pregnant women should do the test to be sure that they are HIV-negative. Remember, once this disease gets in the body, it can stay forever.

An antigen/antibody test is a common type of test in the United States. It is capable of discovering certain antibodies as well as antigens in one’s organism which might indicate the presence of HIV. Antibodies are special cells produced by the immune system to counterattack viruses and bacteria in the body. Antigens are foreign substances which can get in the body and determine the immune system to produce antibodies. This type of test looks for the “p24” antigen which gets activated before the production of antibodies.

Similarly, a NAT test (nucleic acid test) can be performed to determine if one has HIV in the system. This test is more expensive than the classic antibody/antigen test, and it tries to detect how much of the virus is present in the bloodstream.

NAT tests are usually very accurate, but if one took PrEP or PEP medications, the accuracy of the test would be diminished. Specialists recommend performing the test in conjunction with an antibody/antigen test to help the healthcare provider establish the correct diagnostic.

Patients can also take advantage of home kits which can be used to test for HIV, although these are not that accurate. This type of test involves collecting a blood sample by pricking the finger and sending it to a lab by mail. The results can be communicated the next day, and additional counseling is provided if the result is positive.

· HIV is one of the most dangerous STDs. It can be treated to prolong the lifespan of the infected person, but there’s no known cure to it yet

· AIDS is the final HIV stage, and the life expectancy of a person who has it is about three years without treatment

· The most common form of treatment for HIV is antiretroviral therapy (ART), and it can make a person with HIV live nearly as long as a healthy person if it is taken as prescribed

· Contrary to the popular beliefs, HIV is not transmitted by shaking hands, sharing toilets or by petting the dog of an infected person

· Testing for HIV can be done in multiple ways such as using antibody/antigen tests, home testing kits or NATs