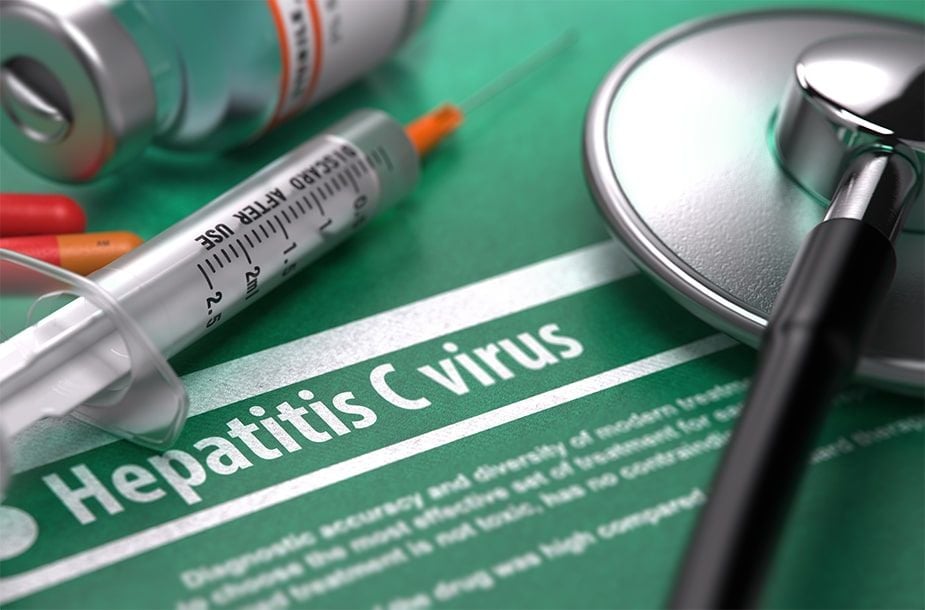 Hepatitis C is a form of liver inflammation like hepatitis A and B. A virus causes it and it can significantly impair the liver’s ability to function normally. This disease can appear as a result of an unhealthy lifestyle, toxins accumulated in the liver or by taking certain medications.

Just like hepatitis B, hepatitis C also has two stages. The milder one is the acute stage, and it usually lasts for approximately six months. This is when symptoms occur, but few people experience them. Approximately 20% of people can eliminate the hepatitis C virus from the system completely and without treatment.

The second stage of the disease is the chronic stage. Most people eventually end up with chronic hepatitis C (especially those who find about it too late), and this can be a lifelong struggle. Complications of hepatitis C can lead to liver failure, liver cancer, and other serious medical conditions.

Unlike other forms of hepatitis which are more contagious (such as hepatitis A), the hepatitis C virus can be spread if the blood of an infected person gets into the body of a healthy person. For example:

Other transmission methods include:

· Having unprotected sex with an infected person (rare cases)

It is important to mention here that people who have sex with multiple partners or those who have other STDs such as HIV are more likely to get the hepatitis C virus. Like the hepatitis B virus, hepatitis C cannot be transmitted by shaking hands or kissing an infected person.

Most patients who have the hepatitis C virus in their bloodstream are asymptomatic. However, when the symptoms do occur, they usually show up in the first six months from the moment of infection. The symptoms can include nausea, vomiting, fevers, loss of appetite, fatigue, yellow eyes, and dark urine.

Treating hepatitis C should be done according to the specific instructions of the healthcare provider. This disease can be cured if the treatment is followed correctly. Most doctors prescribe certain medications, rest, and constant monitoring of the liver activity to slow down or completely stop the damage done by the virus.

Who should be tested for hepatitis C?

Most people, especially those who are sexually active, should test for the hepatitis C virus as part of a yearly routine test. However, some people are at a higher risk, and they should prioritize getting tested to avoid serious complications.

· Children who have infected mothers should also be tested

· People who donated blood before 1992

Unlike hepatitis A and B, there’s no known vaccine for hepatitis C. However; one can take some safety precautions to prevent getting this illness such as:

· Avoid sharing personal items which might have come in contact with an infected person’s blood such as glucose monitors, clippers, toothbrushes, etc.

Using a latex condom while having sex is also one of the best and cheapest ways of preventing hepatitis C as well as other STDs.

· There are two stages to hepatitis C – acute stage and chronic stage.

· The acute stage usually lasts for up to 6 months, and some symptoms might occur in certain patients

· The chronic stage can cause even more damage to the liver, leading to cirrhosis, liver cancer or liver failure

· Those who see some symptoms might experience vomiting, fatigue, loss of appetite, grey stool, joint pains, and dark urine

· Infected mothers can transmit the virus to their infants, but this happens rarely

· People who are diagnosed with this illness receive certain medication to help to eliminate the virus. One should consult with his healthcare provider for more information

A blood sample is usually enough to test for a wide variety of diseases including hepatitis A, B, and C. Head over to https://www.discountedlabs.com/ to find affordable blood samples which can reveal a lot about your body!

← Previous Next →
Related Posts
Categories
Recent Posts
Comprehensive Cancer Panel for Men
The Importance of The Liver Test Panel and Why You Should Get It
Ultimate Lab Test Panel for Men and Women - Why You Should Order It
How to Get Affordable Blood Tests With or Without Insurance
Gynecomastia: Types, Causes, and Treatments