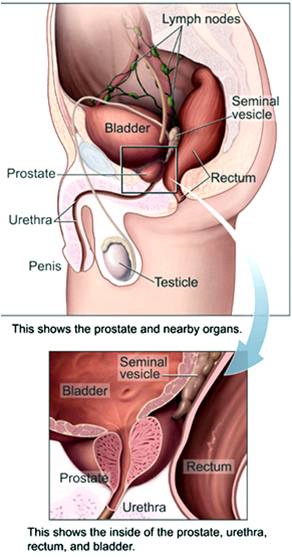 The prostate is a gland that attracts great attention in men’s health. One of the major issues is related to cancer. Prostate cancer is one of the leading causes of death in men in the United States. As men age, small hidden prostatic lesions become increasingly common. These may or may not become cancerous. These lesions occur in 30 percent of American men over the age of 45, with the prevalence rising to more than 80 percent for men over the age of 80. Genetic factors and lifestyle conditions such as diet are believed to contribute to this transformation.

Doctors use different methods to detect prostate cancer, including prostate-specific antigen (PSA) assays, digital rectal examination (DRE), and transrectal ultrasound. A DRE before starting testosterone replacement therapy and every six months is recommended, especially for men with a family history of prostate cancer or those older than 40. Nobody likes having a DRE, but your continued good health is worth a few seconds of discomfort. An abnormal rectal exam, a confirmed increase in PSA greater than 2 ng/mL, or PSA of over 4 ng/mL will prompt a health care provider to refer you to a urologist for further evaluation (usually an ultrasound and prostate biopsies).

Admittedly the PSA and the DRE lack sensitivity and specificity. Twenty-five percent of patients with prostate cancer have normal PSA levels (false negatives), while benign prostatic hyperplasia (BPH), a non-cancerous inflammation, may elevate them (false positives). Researchers have found hidden prostatic lesions with needle biopsies in some men with normal PSA levels and normal transrectal ultrasound findings. Prostate biopsies are part of routine clinical use of testosterone therapy and are not justified unless a sharp rise in PSA is observed and infections have been ruled out.

Another study using linked Surveillance, Epidemiology, and End Results-Medicare data, identified 149,354 men diagnosed with prostate cancer from 1991 to 2007. Subjects treated with TRT were stratified by duration of treatment. Weighted propensity score methods were used to adjust for differences between groups. A Cox proportional hazards model was constructed to assess the effect of injectable testosterone replacement therapy (TRT) exposure on outcomes.

It found that men treated with TRT, regardless of duration, did not experience higher OM or PCSM. It also found no difference in the use of salvage ADT (Androgen deprivation therapy) in the ≤30-day and 31–60 day groups compared with no-TRT (HR 1.23 and 1.05, P = 0.06 and 0.81, respectively), whereas it was lower for men on long-term TRT.

The study concluded that TRT following prostate cancer diagnosis and treatment does not increase mortality or the use of salvage ADT. Using time-varying analysis, the study demonstrated that a longer duration of TRT is not associated with adverse mortality or a greater need for ADT.