Anemia: What Lab Tests To Use to Diagnose it 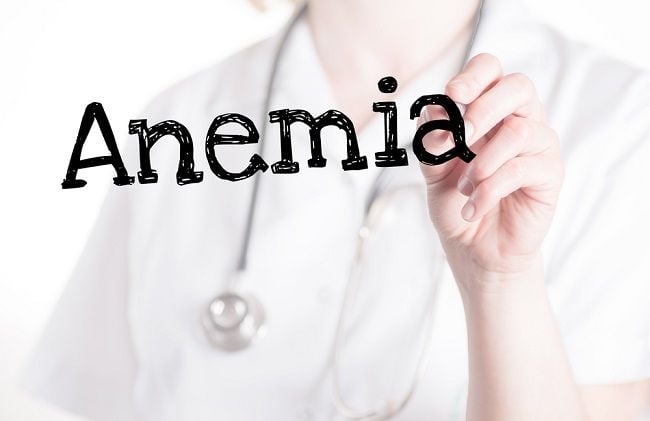 Anemia is a condition characterized by an individual’s blood not containing enough healthy red blood cells. This blood disorder often goes hand in hand with insufficient levels of hemoglobin, a protein in red blood cells that helps circulate oxygen throughout the body. There are many distinct types of anemia, the symptoms of which can range from non-existent to very severe. Some of the most common symptoms include headaches, shortness of breath, and fatigue. Anemia can be caused by many potential factors but is usually related to an inability to generate enough healthy red blood cells or a loss of blood.

How is Anemia Diagnosed?

To diagnose anemia, a healthcare professional will most likely run an Anemia Panel and ask about your family history. An anemia panel is a series of tests designed to quickly and accurately determine the cause and type of anemia a patient is experiencing. There are many different kinds of anemia so thorough testing is necessary to determine an appropriate course of action for treatment. Anemia can be tested by measuring the concentration of hemoglobin in red blood cells. In men, a concentration of less than 13 to 14 grams per deciliter (g/dL) can indicate anemia. The same goes for women who fall under the 12 to 13 g/dL range.  An anemia panel includes many different tests to pinpoint exactly what is occurring within the patient’s blood.

What Test Are Included in the Discounted Labs Anemia Panel?

Some factors measured in an Anemia Panel are:

How is Anemia Treated?

Anemia treatment is dependent on what caused it in the first place. As you can see, there are a plethora of potential causes, all of which occur on a microscopic level within our blood. Be it an iron or vitamin deficiency, chronic disease, or immune system suppressing drugs, anemia is not a “one size fits all” disease. Treatment is directly related to identifying the cause, which is what makes an Anemia Panel so critical for individuals who think they are experiencing anemia symptoms. Sometimes treatment is as simple as making dietary or lifestyle changes. However, in many cases, more severe treatments, such as medication or blood transfusions are required to remedy the problem. The crux of the issue always boils down to the number of healthy red blood cells the body is capable of producing. Whether or not the body can be stimulated into making more is contingent upon identifying the root cause of anemia, as cases can vary widely in severity and treatability. For some, the solution is as simple as introducing a supplement into their daily regimen. For others, the only options can be bone marrow transplantation or chemotherapy. Due to the wide range of causes and treatments, if you are experiencing symptoms that resemble anemia it is strongly recommended to screen for it using an Anemia Panel. At first glance, the number of tests included may seem excessive, but they are imperative in identifying what cellular components are missing from your bloodstream. Doing so is a critical first step toward treating anemia and managing health on a molecular level.

Wang, M. (2016). Iron deficiency and other types of anemia in infants