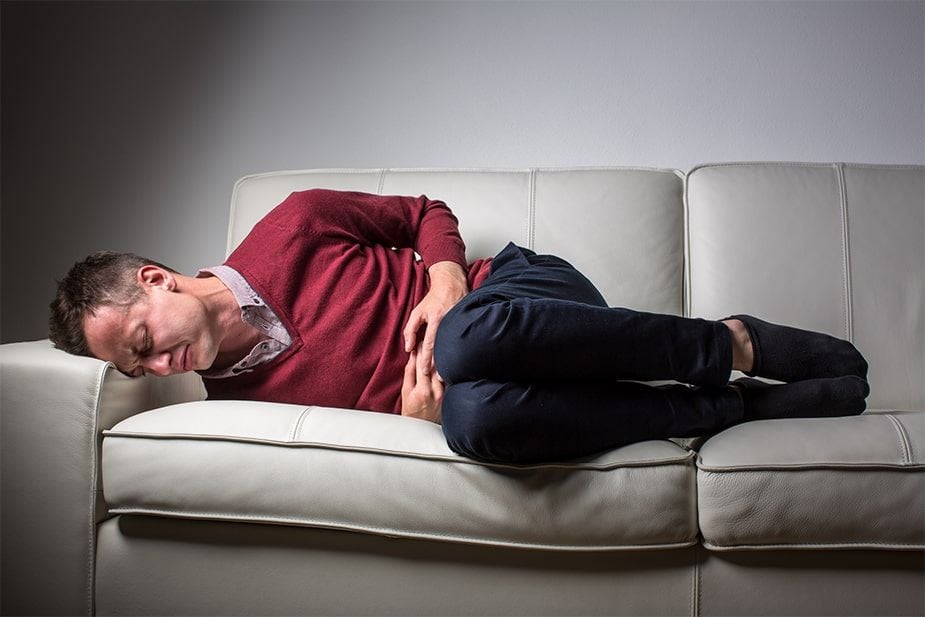 Did you know that approximately 1 in 133 Americans has celiac disease? This accounts for roughly 1% of the entire US population.

Left untreated, celiac disease can cost the healthcare industry nearly $4,000 for each patient.

At the same time, celiac disease is also a life-threatening condition. It’s important to diagnose this disease as soon as possible, and this can be done with various blood or saliva tests.

What is Celiac Disease?

Celiac disease is an auto-immune disorder.

This means that the immune system of a person accidentally or intentionally starts attacking the cells of the person in question, not foreign invaders.

As you probably already know, the job of the immune system is to neutralize microbes and bacteria. It sends an army of white blood cells to “catch” foreign invaders such as viruses and to escort them out of the body safely.

However, in the case of celiac disease, the immune system attacks healthy cells of the body.

This can be a life-threatening condition in the long run, and celiac disease develops as a result of gluten intolerance.

Gluten consists of proteins found in different types of cereals such as wheat, rye, and barley.

It is also used as a chemical agent in various food products to give consistency. Gluten can be found in numerous baked goods.

The body can process a set amount of gluten daily. However, some people have a sensitivity to gluten, and their tolerance is low.

This means that gluten acts as an allergen, triggering an allergic reaction in these people. The most advanced form of gluten intolerance is called celiac disease.

How Does Celiac Disease Develop?

The digestive system gets busy processing foods you eat.

Gluten tends to stick to the walls of the small and large intestines. If a lot of gluten is accumulated there, the body sees this as a threat and starts an immune reaction.

White blood cells arrive at the place where gluten is detected and attempt to eliminate it from the body, but they end up attacking the intestinal walls.

These walls are lined up with small tissue projections called cilia or villi. These villi are required for the absorption of nutrients in foods. They help in extracting vitamins, minerals, proteins, and carbohydrates from the foods you eat and they are very important for a healthy immune system.

When the villi get damaged, the absorption of nutrients becomes impaired. As a result, the person in question starts to lose weight and develop a plethora of other unpleasant symptoms.

Luckily, this type of disorder shows some symptoms, so you can go to a doctor and get tested when you have those, avoiding a major complication.

It is also true that kids and adults have different kinds of symptoms when it comes to celiac disease. For example, children might experience:

The intensity of these symptoms varies with age and the level of gluten intolerance found in the body.

At the same time, adults might experience slightly different symptoms such as:

Another common symptom is dermatitis herpetiformis which can affect from 15 to 25 of the adults. It is a skin itch or rash which can be very annoying and causes multiple blisters and bumps.

This type of skin problem can appear on the elbows or knees of the affected person. It has also been found out that those who have dermatitis herpetiformis don’t experience the digestive problem.

In some unfortunate cases, celiac disease doesn’t show any signs or symptoms at all, but these instances are rare.

Who Is at Risk for Developing Celiac Disease?

This auto-immune disorder usually runs in families, so if one or more of your relatives have it, it's possible that you might develop it as well at some point in the future.

However, keep in mind that those who have relatives with celiac disease have a 1 in 22 chances of developing it, so the likelihood is slim, though.

At the same time, celiac disease is usually associated with other types of auto-immune diseases. For example, you might develop it if you have:

People who eat a lot of foods containing gluten and have a genetic predisposition can also develop celiac disease at some point in the future.

Keep in mind that an excessive amount of gluten introduced in the body can increase the likelihood of having this problem. Therefore, limiting your consumption of foods which contain gluten puts you at a lower risk of developing it.

How is Celiac Disease Diagnosed?

There are several types of tests used to determine if one has celiac disease or not.

These tests are based on finding the specific antibodies developed by the immune system to neutralize the gluten found in the bloodstream.

Therefore, for the tests to be accurate, people with celiac disease should still consume small amounts of gluten to see how many antibodies their system produces. For example, if the number of antibodies is very high, it’s possible that the person in question has celiac disease.

Some of these celiac disease tests require a blood or saliva sample, or they can be performed using a cheek swab.

We’ll look at a few of those tests and talk about them in greater detail.

This is one of the most accurate tests and commonly used for both children and adults.

It stands for Tissue Transglutaminase IgA test, and it looks for a specific antibody in the bloodstream to determine if the patient has celiac disease or not.

The tTG-IgA test should be performed on a person who is currently eating gluten regularly. Otherwise, it will not be accurate. For children under the age of two, this test should be used in combination with Deamidated Gliadin IgA and IgG antibodies tests.

The tTG-IgA test is usually accurate in 98% of the cases for people who have celiac disease. At the same time, the test can return negative results in up to 95% of cases of healthy people. This is known as the test's specificity.

It is very rare, but this test can return false results. With that being said, there are other tests which can be performed to receive a more accurate result.

At the same time, people who have auto-immune diseases such as diabetes type 1, lupus or the auto-immune liver disease might return a false positive result, meaning that they don’t have celiac disease. Again, such situations are very rare.

Another test you can perform is the IgA Endomysial (EMA) test which might not be as sensitive as the tTG-IgA test but has a 100% specificity.

This test is more expensive than the previous one, and it's usually left as a last resort solution for people who are very difficult to diagnose. It also involves the using of the umbilical cord in other to test the patient.

This is another type of test usually performed on people who experience symptoms of celiac disease, but they have a low level of IgA antibodies.

This tests for IgA deficiencies and helps to give a more accurate diagnosis when screening for celiac disease. The total serum IgA test is included in most celiac disease blood panels you can buy online to test for this health condition on your own.

There are other methods of detecting this health condition in patients who have gluten intolerance.

For example, in patients who also experience dermatitis herpetiformis, the doctor might perform a small skin biopsy. This means removing small pieces of skin tissue and examining them thoroughly to determine if celiac disease is present.

In some cases, the results can be inconclusive, and the doctor will eventually recommend performing more tests. For example, a complete blood count test (CBC), as well as cholesterol and serum albumin tests, will help coming up with a more accurate diagnosis.

In some cases, a procedure called endoscopy might be required.

This involves inserting a thin tube with a camera on top down the esophagus of the patient. The tube is slowly inserted until it reaches the stomach. The camera will provide detailed images of the intestines of a person, and this will help the doctor come up with an accurate diagnosis.

Finally, in some cases, an internal biopsy might be required. This means inserting the same tube down the esophagus of the patient, but this time a small portion of intestinal tissue will be removed for analysis. The procedure is safe and can provide much more details to help the doctors come up with a false or negative result for celiac disease.

There are special types of genes which are commonly associated with the celiac disease.

If the risk of developing this health problem is 1% for most people, having these genes can increase your risk by up to 3%. That's not very much, but still something you should periodically look for.

The genes in question are HLA DQ2 and DQ8 genes. Approximately 30% of the general population has those genes. However, this doesn’t automatically mean that you’ll develop celiac disease at some point in the future. It depends on a lot of other factors.

Remember that the celiac disease is a health condition which frequently runs in families. Therefore, if the first-degree family members share the same genes with a relative who had celiac disease, the chance of developing it increases to up to 40%.

That’s why it is recommended to perform a gene test first and determine if the HLA DQ2 and DQ8 genes are present in the body of a first-degree relative. If they are, further celiac disease screening should be performed every couple of years.

If the genes are not present, it is not necessary to spend time or money on unnecessary screenings, especially if the person in question doesn’t experience any symptoms.

Once properly diagnosed, the only way to treat this problem is by avoiding gluten completely.

Luckily, there are numerous foods and culinary products which don’t contain gluten at all. They are ideal for those diagnosed with celiac disease and should be consumed regularly.

For example, you can enjoy gluten-free pasta, brown rice, amaranth, quinoa as well as numerous vegetables and fruits which don’t contain gluten at all. There is even gluten-free beer out there for people with celiac disease!

By switching to a gluten-free diet, you're giving a chance to those small intestinal villi to grow back and recover. As a result, the absorption of the nutrients will be restored, and your celiac disease symptoms will slowly subside.

However, this is a process which takes a long period, so committing to a gluten-free diet should be a lifelong endeavor.

Fortunately, a gluten-free diet is not expensive to maintain, and most food stores have a plethora of gluten-free products available on shelves, so you have plenty of foods to choose from when designing your personalized gluten-free diet!

Get Yourself Tested Today!

Now that you know more about lab tests celiac disease and gluten in general, you’re able to make a more informed decision and get tested.

Such a test is a small investment in your health, and it can give you more peace of mind. If you find out that you’re at risk for developing celiac disease, you’re more prepared to do something about it and prevent health complications and nasty symptoms.