Tired? You May Have The Epstein-Barr (EBV) Virus 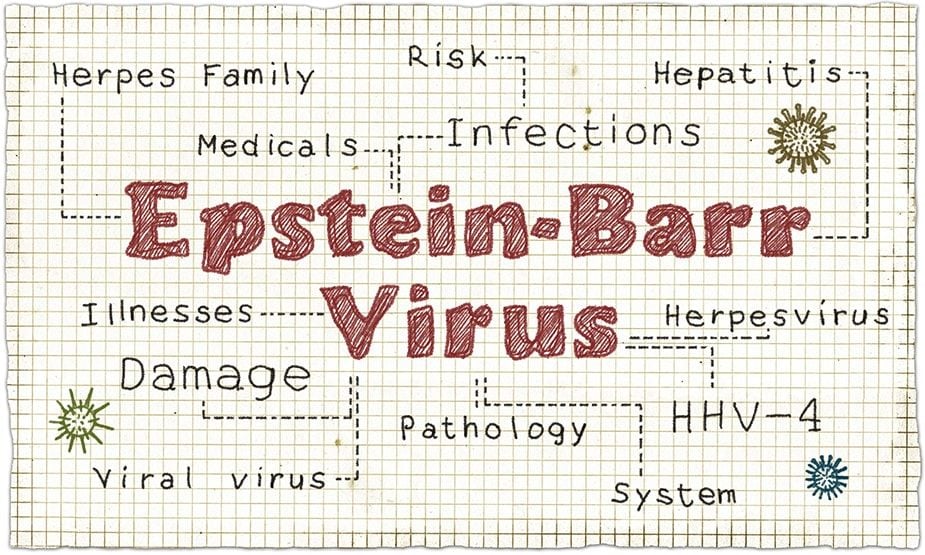 What is the Epstein-Barr Virus?

The Epstein-Barr virus (EBV) is known to be one of the widely spread viruses in the world.

Estimates show that approximately 95% of adults have antibodies for this virus. This means that they are infected or have been infected with EBV at some point in their lives.

EBV can cause an infection called mononucleosis as well as other health complications which can be life-threatening.

It’s important to extend your knowledge about EBV so that you can protect yourself and avoid complications.

EBV can be tested for using two different tests you can purchase from DiscountedLabs.com - the EBV Acute Infection Antibodies Profile and the EBV Early Antigen Assembly IgG.

EBV is also known as the human herpesvirus 4, and it is commonly found all over the world.

Most adults get infected with this virus at some point in their lives, but usually, symptoms are mild and complications rare.

Here are the most common symptoms of EBV:

It’s important to notice that most people don’t have any symptoms, particularly children.

When symptoms do occur, these are easily confused with the symptoms of other common illnesses. If a person shows symptoms of having EBV, these can go away in about three or four weeks without treatment.

However, some people experience symptoms such as extreme fatigue for several months in a row. This is rare, though.

People who have relatively weak immune systems are more likely to develop symptoms. After an EBV infection, the virus can get deactivated and stay in the body for the rest of your life.

It is possible for the virus to “wake up” and show symptoms again over your lifetime, but your body has already developed antibodies, so its negative effects are greatly diminished.

How Can Someone Get Infected with EBV?

EBV can be transmitted from one person to the other very easily.

Here are the most common transmission methods:

The most common transmission is through saliva. Kissing an infected person can easily get the virus from his/her body to yours.

EBV is known to stay on infected objects for as long as these are moist. Therefore, if you use cutlery or glasses previous used by infected people, you will get EBV.

Once you get EBV, you’ll also indirectly spread it to others as the virus is in an active state. EBV can also be transferred to another person through bodily fluids (semen or blood) as well as through organ transplants.

It is relatively difficult to diagnose EBV since this virus shows symptoms like other illnesses so that doctors can get easily confused.

However, more advanced testing methods have been created, and you can detect EBV in your body using a blood test.

The blood test checks for EBV antibodies created by your system. Nearly 90% of adults have EBV antibodies which means they have been infected with this virus before.

Treating EBV is also quite difficult because there’s no way to get this virus out of your system once it’s there.

However, you can use over the counter medicine to alleviate the symptoms of EBV. For example, people frequently use pain and fever medication as well as other types of pills to reduce fatigue.

The only way to prevent getting infected with EBV is to avoid kissing infected persons or using objects previously used by them. Make sure that you stay away from toothbrushes used by a person with EBV as well as food utensils, cutlery items, etc.

In rare cases, EBV can cause different types of complications and severe health conditions. Mononucleosis is one the most common conditions caused by EBV.

That’s why it’s important to test yourself and see if you have been infected with EBV in the past.

For example, EBV can cause mild ear infections in children as well as diarrhea, gastrointestinal problems or cold-like symptoms such as a running nose.

EBV infections can also cause neurological problems such as Guillain-Barré syndrome. This health condition is an auto-immune disease in which the immune system starts attacking nerve cells.

As a result, people with Guillain-Barré syndrome experience numbness, tingling sensations and paralysis in the worst cases.

Meningoencephalitis is also a common health complication of EBV. This is characterized by an infection of the meninges and the brain at the same time.

Other people report abnormalities in the way blood is coagulated in the body, leading to anemia, leading to disseminated intravascular coagulation.

Since EBV can enlarge the spleen, very few people experience a rupture of the spleen as a complication of EBV. This happens very rarely (2 in 1000 people). Other complications include airway obstructions as a result of inflamed airway tissues.

Although it can happen very rarely, certain types of cancers or tumors can also appear as a result of getting infected with EBV. These life-threatening conditions develop later in life after the virus has been present in the body for many years.

For example, the Burkitt's lymphoma is a common tumor found in people with EBV. It is commonly found among African children and the tumors are in the jaw area. Studies show that more than 95% of children in Africa have been infected with this disease.

Hodgkin lymphoma can also develop as a result of an EBV infection. This disease is life-threatening, and doctors have found approximately 50% of EVB material when analyzing patients with Hodgkin lymphoma, so there is a correlation between the two.

Nasopharyngeal carcinoma is also associated with EBV infections, particularly in Chinese populations. Very few people have developed this cancer, though.

T-cell lymphomas have been correlated with EBV infections too as well as certain hematologic conditions.

As mentioned earlier, you can test to see if you have been infected with EBV by using the tests available at DiscountedLabs.com.

These tests require you to draw a blood sample which will be analyzed in a laboratory. The test is run to determine if there are EBV-specific antibodies present in your system.

If antibodies are found, it means that you have been infected with EBV recently or at some point in the past.

If no antibodies are found, it means that you don’t have EBV. However, since this disease is easily transmissible, you can still get it at some point in the future from an infected person.

EBV antibodies are created as a response to EBV-specific antigens. An antigen is a type of toxin which triggers an immune reaction in the body.

For example, the EBV test looks for antibodies to three specific antigens such as viral capsid antigen IgG (VCA), VCA IgM and EBNA which stands for Epstein-Barr nuclear antigen.

Depending on whether some or all these antibodies are present in the blood, the doctors can diagnose the EBV infection and determine its severity.

DiscountedLabs offers you two types of tests to determine whether you have been infected with EBV or not.

The EBV Acute Infection Antibodies Profile test looks at the antibodies to all three antigens we talked about earlier. This test comes at an affordable price, and it can help in diagnosing EBV infection as well as ruling out other illnesses such as chronic fatigue syndrome.

The EBV Early Antigen Assembly IgG test can be used in diagnosing the EBV infection, and it should be used in conjunction with other clinical information related to the patient. The test uses the chemiluminescent immunoassay method which is very accurate in detecting antibodies in the bloodstream.

How Does It Work?

Taking advantage of these tests is easy.

You just order your preferred test from DiscountedLabs, and you’ll be emailed a form to print out and visit a nearby lab for blood collection.

Your samples will be analyzed in a laboratory, and you’ll get the results mailed back to you in just a few business days.

You can check the results against reference values, or you can talk with your physician to help you interpret the results.

As you can see, EBV appears to be harmless, and it’s usually asymptomatic.

However, your health is more important than anything, and it’s great to know whether an EBV infection transforms into something more complicated.

Order the tests from DiscountedLabs today and be in complete control of your health!