Does Your Body Make Enough Glutathione? 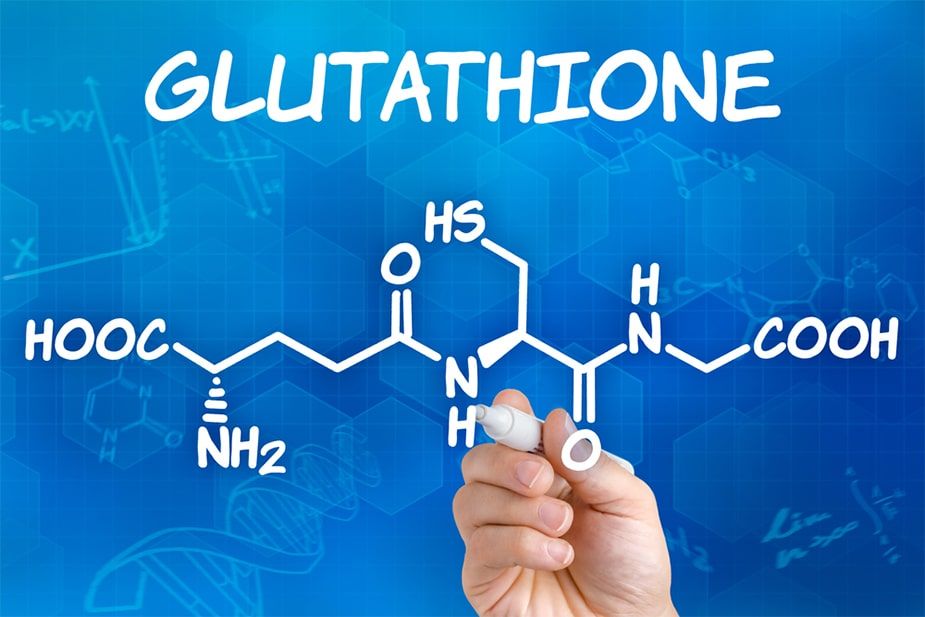 The glutathione blood test still isn’t a standard testing procedure like tests for checking your blood sugar or cholesterol. But, the role of glutathione in both health and disease has been extensively studied, and it’s understood that a chronically low glutathione level is associated with higher mortality.

One reason for this is that the level of glutathione will fluctuate throughout the day from its lowest in the early morning to depletion from routine exposure to toxic substances (like alcohol), pathogens, cigarette smoke, car exhaust, drugs, certain foods, stress level, illness, and many similar factors, so repeated testing could be required to set a baseline.

Glutathione is also an integral part of the body’s antioxidant defense system, so other parameters need to be considered in conjunction with glutathione levels:

Glutathione is made up of three amino acids that are combined to create a peptide that behaves as a powerful antioxidant and also has several crucial roles in the body.

According to recent studies, this peptide is so critical to human health that it could be possible to predict how long someone may live from the level of GSH in the cells (1, 2).

Even though glutathione is also required to maintain a healthy immune system, it hasn’t been classified as an essential nutrient; because your body can synthesize glutathione from three amino acids:

One reason that glutathione is so vital for our health is that it’s in every cell of the body. An antioxidant like glutathione helps to maintain good health by neutralizing free radicals, which are can cause cell damage by oxidation. Because glutathione is typically present in all kinds of cells, it’s in the perfect position to perform as an antioxidant. Researchers believe glutathione to be one of the most potent antioxidants in the human body (3).

The Impact Glutathione Can Have on Health

Glutathioneplays a powerful role in detoxifying and removing carcinogens. According to a recent study (4), any alterations in glutathione metabolic activity can have a profound effect on cell survival.

Besides antioxidant activity, glutathione is responsible for several other vital roles within the cell (4): it detoxifies pathogens like certain bacteria and viruses, adjusts the body’s immune response and maintains the chemical reactions that modify the oxidative state of atoms in the cells.

Researchers have concluded that glutathione deficiency can be a significant factor in several chronic conditions such as (5):

Studies also indicate that low glutathione levels may significantly correlate with diseases of the liver, kidneys, lungs, and the digestive system (5).

Diseases like rheumatoid arthritis and atherosclerosis can significantly reduce glutathione. Low glutathione levels have even been linked to diminished dopamine production in the neurons, which means a possible relationship to dopamine-based neurological diseases like Parkinson’s disease. Conversely, high levels of glutathione in the body have been linked to the development of chemotherapy resistance in cancer patients.

Glutathione Can be Depleted

One of the most common ways that glutathione can be depleted is through the regular consumption of alcohol. Glutathione has a significant role in detoxifying dietary ethanol (alcoholic beverages), and anyone who drinks regularly will deplete their glutathione levels (6). Becoming older will unavoidably deplete glutathione. Low glutathione has also been associated with the retention of potentially toxic minerals such as; mercury, lead, arsenic, cadmium, manganese, and iron. As the body ages, glutathione levels will fall below what’s needed for optimal immune function and other critical processes (6).

In addition to drinking alcoholic beverages and merely getting older, these are common household chemicals that can reduce the body’s glutathione levels (7, 8, 9, 10):

The Importance of Glutathione Testing

Both chronically low and high levels of glutathione in the body are indicative of potentially debilitating health problems. Glutathione level is a crucial marker for many diseases, both chronic and acute.

Given the importance of this protein to human health; discovering your glutathione levels could be one more way to monitor health levels, immune function, and the potential risk of diseases that have been associated with chronically low or high levels of this essential peptide.