Protecting Your Heart While on Testosterone Therapy 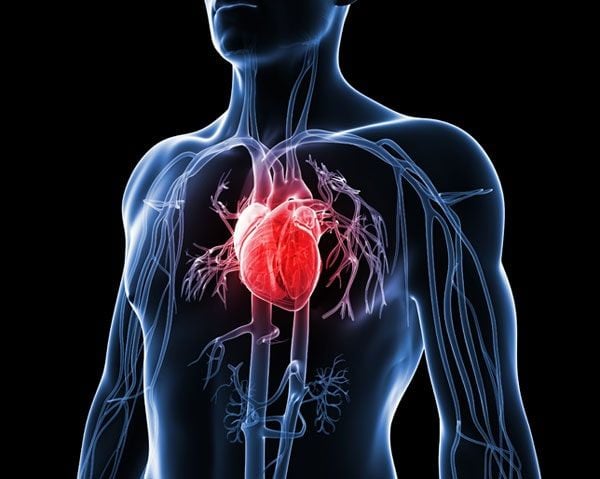 There is widespread misinformation that testosterone supplementation increases the risk of heart disease. There is no evidence to support this belief in men younger than 65 years of age. Testosterone administration to middle-aged men is associated with decreased visceral fat, triglycerides, lower blood sugar concentrations, and increased insulin sensitivity. Several studies have shown that low total and free testosterone concentrations are linked to increased intra-abdominal fat mass, the risk of coronary artery disease, and type 2 diabetes mellitus. Testosterone has also been shown to increase coronary blood flow. Similarly, testosterone replacement retards the build-up of plaque in experimental models of atherosclerosis.

What is the Effect of Testosterone Therapy in Older Men?

But there are some emerging contradicting data from a much smaller study that showed that older men who have higher endogenous testosterone (without taking testosterone) might have a higher incidence of heart disease. A large U.S. multicenter study showed that older men with higher testosterone levels are more likely to have a heart attack or other cardiovascular disease in the future. The results were presented at The Endocrine Society’s 92nd Annual Meeting in San Diego in June 2010. Study participants were age 65 or older and included 697 community-dwelling men who were participating in the National Institutes of Health-funded study, called the Osteoporotic Fractures in Men (MrOS). None of these men were receiving testosterone therapy, according to the study abstract.

All subjects had blood tests to determine their testosterone levels. The investigators then divided the men into quartiles, or four groups, of testosterone range to observe trends in rates of coronary heart disease events. This type of heart disease results from plaque-clogged or narrowed coronary arteries, also called atherosclerosis. A coronary heart disease event included a heart attack; unstable angina, which is chest pain usually due to atherosclerosis and which doctors consider a prelude to a heart attack; or angioplasty or bypass surgery to clear blocked arteries.

During an average follow-up of nearly four years, 100 men, or about 14 percent, had a coronary disease event, in particular, heart attacks. After the researchers adjusted for other potential contributing risk factors for heart disease, such as elevated cholesterol, they found that higher total testosterone level relates to an increased risk of coronary disease. Men whose total testosterone was in the highest quartile (greater than or equal to 495 nanograms per deciliter, or ng/dL) had more than twofold the risk of coronary disease compared with men in the lowest quartile (below 308 ng/dL). So, this is contradictory data that may be concerning, but does it say anything about the cardiovascular risks of supplementing testosterone to men with testosterone deficiency?

A report published in the New England Journal of Medicine in June 2010 about a study researching the use of testosterone gel in older men showed that such study was stopped early due to a higher incidence of side effects in men treated with the gel. Participants in this trial called the Testosterone in Older Men with Mobility Limitations, or TOM, were non-institutionalized men aged 65 and older who had difficulty walking two blocks or climbing ten steps and whose serum testosterone was 100 to 350 ng/dl (very low levels). So, these were frail older men. The goal was to recruit 252 men, but only 209 subjects had been enrolled by the time the trial, which started in 2005, was stopped on December 2010. Testosterone use had the desired effect of improving the men’s muscle strength and mobility. But they also experienced a high rate of adverse effects — not just cardiovascular problems but respiratory and skin problems. Unfortunately, they did not report hematocrit, estradiol, and bioavailable testosterone. I dream of the day when a study will be done the right way to include all of those variables. Only then we can draw the right conclusions about who is more prone to side effects. Managing high hematocrit with blood donation/phlebotomy and high estradiol with anastrozole can probably eliminate some of the reported side effects in older men, but there is only one way to find out: To have proper studies using those management strategies. To date, no study listed in clinicaltrials.gov is following men who are taking testosterone and who have access to phlebotomy or estrogen blockers to manage the two main side effects that may affect cardiovascular health in older men: high hematocrit and estradiol.

Previous studies have shown that in general, older men have more side effects when using testosterone (polycythemia, gynecomastia, high blood pressure, prostatic hyperplasia) and more comorbid conditions. High hematocrit and estradiol increase clotting and viscosity, so it is not surprising to me that older men who use testosterone would have more cardiovascular risks if monitored poorly by their physicians. It amazes me how many older men using TRT are walking around with hematocrit over 54 and estradiol levels above 100 pg/dl without being offered phlebotomy or estrogen blockers. This is one of the main reasons I felt compelled to write this book.

Older men also require more testosterone to reach normal levels since they have more sex hormone binding globulin that attaches to testosterone and renders it useless. So, physicians should carefully monitor these patients if they decide to provide testosterone replacement. The age cut off when the risk-to-benefit ratio of testosterone changes is not known yet. There are several studies that are currently being performed to provide more answers.

A U.S.-based study showed that testosterone therapy does not increase men's risk for heart attack. The study, conducted by researchers at the University of Texas Medical Branch at Galveston, examined 25,420 Medicare beneficiaries 66 years or older treated with testosterone for up to eight years. It appeared in the July 2, 2012 issue of the Annals of Pharmacotherapy.

So, the jury is still out. But if no complicating factors like high cholesterol, blood pressure or strong family history of heart disease are present, many doctors opt for prescribing testosterone to older men who need it to have a better quality of life. And most doctors keep an eye on hematocrit but few on estradiol. Hopefully, this will change as more doctors wake up to the risks associated with poor monitoring and management of TRT.

It is the excessively high doses of testosterone used by athletes and recreational bodybuilders that are linked to significant decreases in the plasma concentration of HDL (high-density lipoprotein - the good cholesterol) and increases in LDL (low-density lipoprotein – the bad cholesterol). Replacement doses of testosterone have been shown to have only a modest or no effect on plasma HDL in placebo-controlled trials. Testosterone supplementation has been shown to decrease triglycerides, a dissolved fat that can lead to cholesterol increases and metabolic syndrome. In spite of these studies, some physicians continue to think that testosterone replacement can dramatically increase cholesterol levels.

What Can You Do to Prevent Heart Disease While on Testosterone Replacement Therapy?

Given the state of the modern diet, all of us should have our doctor check our fasting cholesterol and triglycerides (another lipid-linked with heart disease risk). If you think that you have low testosterone, you may already have a problem with your lipids. The recommendations of exercise and diet (low in sugars and animal fats) apply for everybody but are especially important for men who have high LDL and high triglycerides at the time of starting testosterone replacement. Testosterone therapy can be an important part of your health regimen but don’t start it thinking that it will cure high cholesterol. Sometimes high lipids are related to poor diet, sedentary lifestyle, medication side effects, and bad genes. Your treatment for high cholesterol and triglycerides can also include statin and fibrates drugs prescribed to you by your doctor. I would try to modify your diet and to exercise before you jump on taking these medications since they may have muscle related side effects and do not correct the root cause of the problem, which is a metabolic abnormality that could be addressed with good adherence to lifestyle modifications. The key word is “adherence,” which seems elusive is many people who rather take a pill than watch their diet and exercise. For more on diet and exercise, refer to the chapter “ Miscellaneous Health Tips to Support Healthy Testosterone.”

NOTE: I think you’re getting why I’m telling you that you need doctor’s supervision when on testosterone. So far you’ve read about the potential impact on hemoglobin and hematocrit, blood pressure, and estradiol, all of which can negatively affect your cardiovascular health. Imagine the even greater risk of those using testosterone at higher than replacement doses that usually buy it from underground sources and do not have a doctor who monitors them. No wonder testosterone and anabolic steroids get such a bad reputation. I tell bodybuilders that do not have a doctor to follow them to at least decrease their risks by getting a bodybuilder panel on DiscountedLabs.com that do not require a prescription. There are many around the United States, and you can find them by visiting DiscountedLabs.com . Of course, this is not the best solution and in no way a replacement for the supervision of a doctor. Irresponsible bodybuilders do more self-inflicted damage when their mistakes fuel the hysteria surrounding hormones in the United States. This hysteria has made it difficult for many men who need TRT to get it.

Over-the-counter “testosterone boosters” may present problems with lipids, so do not think that because you are buying something at a health food store, that makes that product safe. Let your doctor know if you are taking any of those. Most do not work and those that did where banned by the FDA and taken off the market.

From the book “Testosterone: A Man’s Guide” by Nelson Vergel (available on Amazon.com)