Testosterone Tests: Should They Be Done After Fasting? 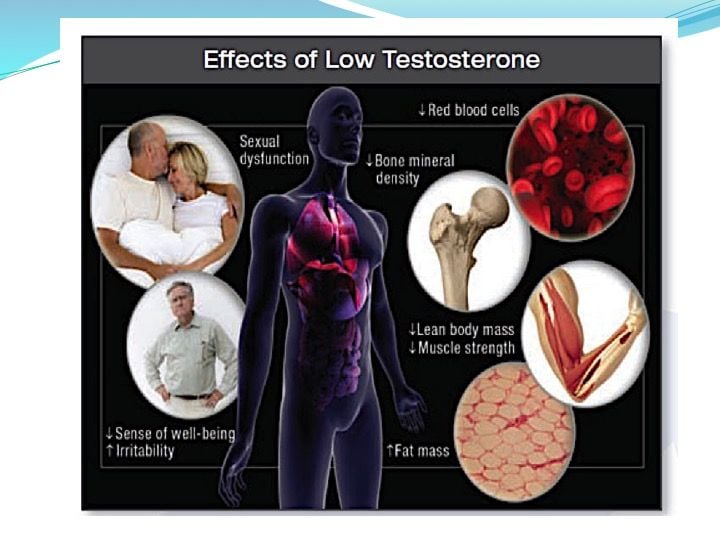 Some studies suggest that about 5 million American males struggle with low testosterone levels. This condition is also known as hypogonadism and it can cause significant side effects that might influence your quality of life.

Diagnosing hypogonadism (testosterone deficiency) is done as a result of running multiple tests. Patients usually receive one or more testosterone tests to measure their levels. However, some studies recently discovered that your testosterone levels can be greatly influenced if the tests were done during a fasted state.

In other words, having a meal before doing a testosterone test can change the results. This article looks at the correlation between testosterone levels and fasting, so keep reading to find out more.

How to Diagnose Low Testosterone?

If a person sees the classic signs of low testosterone, a test might be required to explore this issue. These signs include low libido, poor concentration, fatigue, and even depressive symptoms. However, multiple tests are necessary to determine if the person in question is hypogonadal or not.

For example, your doctor might check your levels of FSH and LH. These hormones are produced by the pituitary gland and they kick start the testosterone and sperm production process in the testicles.

What Is the Link Between Fasting and Testosterone Levels?

In broad terms, fasting is defined as not eating for a certain amount of time, usually between 8 and 12 hours. This also includes not drinking beverages that might make your organs work to process them such as alcoholic drinks, milk, etc.

Many blood tests require patients to fast before drawing a sample. A standard glucose test is the best example in this case. If you eat something and then you do a glucose test, you might be falsely labeled as diabetic.

That's because your body didn't get a chance to process the glucose in your bloodstream and it will show up in a test. Scientists have reasons to believe that fasting is also important when it comes to checking your testosterone levels.

In other words, having a meal before your test might temporarily decrease your testosterone levels. This could lead to a false diagnosis of hypogonadism if your normal T level is close to 400-500 ng/dL. Such findings also imply retesting subjects that were initially diagnosed with low testosterone levels.

Let's take a look at a few studies and explore the correlation between fasting and testosterone tests in greater detail. You'll see how a glucose load or a complete meal can influence the total and bioavailable testosterone levels hours after ingestion.

A glucose tolerance test measures how well your body responds to metabolize glucose in the blood after you consume a sweet drink they give you at the lab. If it's quick in processing, your glucose tolerance is good. If blood glucose takes too long to process, this is usually associated with diabetes or other health problems.

Almost 60% of the men participating in the study had normal glucose tolerance. More than 10% were recently diagnosed with diabetes and about 30% of the patients had impaired glucose tolerance. Blood was sampled from each participant at the beginning of the study and after 30, 60, 90, and 120 minutes respectively.

However, the results were surprising. The study revealed that the testosterone levels were decreased by about 25% after the ingestion of glucose. This is a significant drop, considering that most study participants had normal glucose tolerance.

To put it into perspective, if an individual starts with an average testosterone level of 500 ng/dl, a 25% decrease brings him to about 375 ng/dl. This is dangerously close to the bottom limit of normal testosterone levels.

Interestingly, the suppression of testosterone remained after 120 minutes when blood samples were collected for the last time. 10 of the study participants could qualify for hypogonadism at the end of the study as their testosterone levels dropped below the baseline.

This study shows how important it is to perform a testosterone test in a fasted state. A simple glucose load can significantly decrease total testosterone levels and falsely qualify someone for hypogonadism.

Let's take a look at another study that reveals the strong connection between testosterone levels and how a fed or fasting state can affect them. This study shows how eating a 550-calorie meal consisting of protein, fat, and carbohydrates can influence testosterone levels.

11 healthy men participated in this study. They were not smokers, didn't receive treatment for any health issues, and had normal body mass index (BMI). The average age for these men was 43 years and they had no significant medical history.

In the first part of the study, the participants received a 550-calorie meal consisting of buttermilk, cheese, ham, orange juice, and other foods. Blood was sampled at various intervals. The study also looked at different other hormones such as LH, SHBG, and glucose.

The study participants finished the meal in about 15 minutes. The foods served were intentionally varied as the study designers aimed to recreate a meal that most men would consume on a regular basis.

Before receiving this meal, the participants were told to fast for 12 hours. They were also instructed to avoid sexual activity or strenuous exercise that might alter their testosterone levels.

The same procedure was repeated after a few weeks with the same participants. In this case, they only fasted for 12 hours without receiving a meal afterward. Their blood was sampled while they were in a fasting state and all other study parameters remained the same.

When these two experiments were compared, the results were impressive. In both groups, the initial fasting testosterone levels remained the same. Other hormones such as LH and SHBG remained unchanged.

The scientific literature on sexual medicine mentions that food intake might affect testosterone levels. However, the standard testing protocol doesn't incorporate fasting before a test. The results of the studies above pave the way to a potentially important change in how testosterone tests are done.

Furthermore, there were no significant differences in LH, SHBG, and other hormones among the study participants. This reveals that the behavior of the Hypothalamic-Pituitary-Testicular (HPT) axis wasn't really affected by food or glucose intake, but testosterone production was. It is believed that insulin, a hormone produced by the pancreas when we eat to process glucose, may decrease testosterone production temporarily at the testicular level.

If you think that you have low testosterone, check out these testosterone tests that you can order online at an affordable price and see how your hormones are doing.