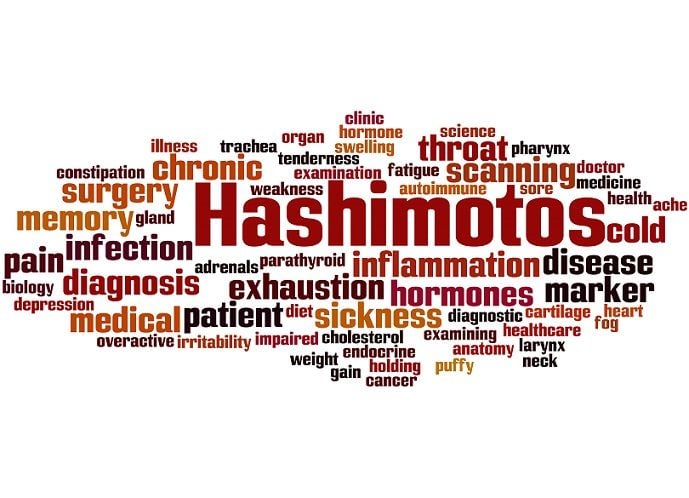 Did you know that approximately 5 percent of all people in the US struggle with some form of Hashimoto's disease? This ailment seems to be quite prevalent and it leads to an underperforming thyroid gland.

The thyroid gland controls most of the body's metabolic processes. If it gets damaged, you might feel a lack of energy, and your regular metabolism would slow down. However, there are differences between Hashimoto's disease and hypothyroidism.

Keep reading to learn more about Hashimoto's disease, how to test for it and what you can do if you have it.

What Is Hashimoto's Disease?

Hashimoto's disease is a type of autoimmune disease. This means that the body doesn't recognize certain organs or tissues as its own and starts attacking them. In the case of Hashimoto's disease, the body attacks the thyroid gland.

Hypothyroidism happens when your thyroid gland doesn't function properly. This can happen for various reasons and it might be caused by Hashimoto's disease. A doctor would run several tests to see why your thyroid gland is not producing thyroid hormones correctly.

What Are the Differences Between Hashimoto's Disease and Hypothyroidism?

It's important to know the main differences between these two types of health problems. For example:

As a similarity, both health issues (Hashimoto's disease and hypothyroidism) can lead to symptoms commonly associated with a poorly functioning thyroid gland.

What Are the Symptoms of Hashimoto's Disease?

Hashimoto's disease develops over years, so it's not something you acquire overnight. You will eventually notice some symptoms at first. Some people even develop swelling in the thyroid region of the neck. This is called goiter. Here are the main symptoms of Hashimoto's disease:

As you can see, the list of symptoms is pretty comprehensive. Many of these symptoms are common for other types of health problems, so the only way to accurately diagnose Hashimoto's disease is through a blood test.

There are multiple types of blood tests available. All of them look at the hormones of your thyroid gland. For example:

T3 is the active thyroid hormone. It gets secreted by the thyroid gland on a regular basis and it controls most of your metabolic and cellular processes. Low levels of T3 are commonly associated with hypothyroidism and could also indicate Hashimoto's disease, if other thyroid hormones are also deficient.

You can order a free T3 blood test from DiscountedLabs.com and get the results back by mail in a few business days.

This is another hormone produced by your thyroid gland. Doctors use this test in correlation with a T3 test to detect if your thyroid gland is underperforming. The thyroxine test is usually considered to be a more sensitive thyroid test, so it's paramount to diagnose hypothyroidism and potentially Hashimoto's disease.

You can order a freeT4 test from DiscountedLabs.com as well.

As mentioned earlier, the pituitary gland produces the thyroid-stimulating hormone. This substance tells the thyroid to produce T3 and T4. If the thyroid gland is poorly functioning, doctors also look at the TSH to see if this is causing the problem.

For example, too much TSH in the blood is commonly associated with low levels of T3 and T4 (hypothyroidism). This means that the pituitary is trying to make the thyroid gland produce more hormones, but it fails for some reason.

Similarly, too little TSH is commonly associated with high levels of T3 and T4 which is known as hyperthyroidism. A TSH test is routine in diagnosing thyroid problems as well as Hashimoto's disease. You can check your TSH level on your own by ordering this TSH test from DiscountedLabs.com.

Doctors run the TPO test to accurately determine if the patient's hypothyroidism is caused by Hashimoto's disease or not. You can also order this TPO test on your own from Discountedlabs.com.

For example, this panel checks your T3, T4 as well as TSH levels. It also measures thyroid peroxidase antibodies and thyroglobulin antibodies. There are other adjacent thyroid tests included in the panel.

They will help you get a clearer and broader picture related to the health of your thyroid gland. Your doctor might order some of these tests anyway to determine if you really have Hashimoto's disease or not. Ordering the comprehensive panel on your own might save you time and money.

What Are the Causes of Hashimoto's Disease?

It's unclear what exactly triggers Hashimoto's disease. Doctors believe that a virus or bacteria makes the body think that the thyroid gland is a foreign organ. This automatically kickstarts the production of antibodies and that's how the thyroid gland gets damaged.

At the same time, women are more likely to develop Hashimoto's disease and other types of autoimmune diseases in comparison with men. This ailment also runs more often in middle-aged men and women, but it can develop at any stage of life.

If you have other types of autoimmune diseases such as celiac disease, lupus, or rheumatoid arthritis then you are more likely to develop Hashimoto's disease. One autoimmune problem usually facilitates the development of another, but you can prevent this with early blood tests and treatment.

Finally, Hashimoto's disease might also appear as a result of radiation exposure. The thyroid gland is very sensitive, so mild exposure to dangerous radiation might trigger the abnormal production of hormones.

How is Hashimoto's Disease Treated?

Once your doctor runs a few thyroid tests, you will know for sure if you have Hashimoto's disease or not. If the diagnosis is positive, this problem is usually solved with certain types of medications such as Levoxyl or Synthroid. There are other types of thyroid medications as well.

These drugs basically give your body synthetic thyroid hormones. You will continue to function normally and you need to take your medications daily. Contrary to the popular belief, you will not have your thyroid gland removed.

Your doctor also needs to monitor your drug dosage and make small adjustments over time. You might need to check your T3, T4, and TSH levels once every 6 or 12 months.

In some cases, certain medications or foods might reduce the effectiveness of your thyroid drugs. For example, iron supplements could interfere with Levoxyl or similar drugs. You should talk to your doctor to find the best approach in this case.

At the same time, taking your drugs on an empty stomach or for at least 4 hours before consuming high-iron foods could be beneficial for the effectiveness of the treatment. Soy products and calcium supplements might also need to be reduced during the treatment.

Keep in mind that Hashimoto's disease doesn't cause a major disturbance in your life, but it can develop into serious complications if left untreated. For example, heart problems and life-threatening autoimmune disorders might result from untreated Hashimoto's disease.

All you have to do to prevent this illness is to check your thyroid hormones regularly. Go to DiscountedLabs.com and order the thyroid tests you need. Based on the results you get; you will know for sure if you're at risk of developing Hashimoto's disease or not.

Beyond TSH: Why Doctors Should Check Other Thyroid Hormones
What Every Man Should Know About hCG
Magnesium Deficiency Test - Diagnosis, Causes and Symptoms of Low Magnesium
How to Find a Good Doctor that Prescribes Testosterone, HCG and Anastrozole