How to Stop TRT with Post Cycle Therapy (PCT) 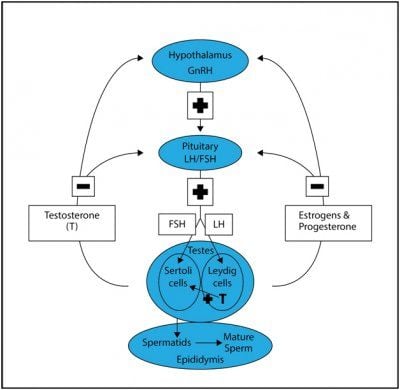 There is a common phrase most men will hear when they consider testosterone replacement therapy (TRT); it may be something they hear from friends or often what they read online: “TRT is for life.” There is an element of truth to this statement: when a man has low testosterone, in order to treat it and maintain healthy or optimal levels, he will always need TRT to achieve it. However, saying “it’s for life” remains a somewhat inaccurate statement, and this is where we enter into the realm of what is commonly referred to as Post Cycle Therapy or PCT.

TRT and anabolic androgenic steroids (AAS) can lead to HPTA (Hypothalamic-Pituitary-Testicular Axis) dysfunction. Supplemental testosterone can inhibit the release of the body’s own testosterone production through negative feedback inhibition on LH levels. This feedback inhibition also results in suppression of FSH levels, leading to suppression of sperm production (spermatogenesis).

During recent years a large surge in testosterone prescriptions and TRT clinics have unfortunately led to many men who have been misdiagnosed with low testosterone, yet placed on TRT when it may not have been needed in the first place. If you are one of these men and you are considering the discontinuation of testosterone treatments there is are protocols that can help restore your own hormone axis. You do not want to stop testosterone "cold turkey" this will lead to unnecessary symptoms that could last for many months.

PCT refers to a treatment plan after the discontinuation of anabolic androgenic steroids (AAS). It is a phrase most commonly associated with what we might call “recreational steroid users” RSU, such as bodybuilders: people who do not need steroid hormones like testosterone for medical reasons but rather use them for muscular competitive advantage. In such cases, the individual will supplement with AAS for a set period of time and then discontinue use. As his use of AAS shut down his natural testosterone production, just as it does with TRT, in order for his natural production to restart, he will often implement a PCT plan. Such plans will often include Selective Estrogen Receptor Modulators (SERMs) or other items, such as the peptide HCG.

Then we have the TRT patient; such an individual had low testosterone levels before he began administering exogenous testosterone. The use of testosterone, just as it did with the RSU, will stop his natural production. This is a factor that bothers many men, but let us keep in mind a very important factor: you already had low levels, your body was not able to produce enough, to begin with, and was not going to be able to, or you wouldn’t be on TRT. Nonetheless, there are reasons some men may find they need to discontinue use, and when that occurs, a PCT plan may be in order. Such a plan is not going to remedy his primary issue, low testosterone, but the goal here is to get at least some natural production back online.

Why Do Men Stop TRT?

Common reasons a man may need to discontinue TRT include:

Of the three potential reasons to stop TRT, fertility is the overwhelming reason for most men. Along with suppressing natural testosterone production, TRT can also have a negative impact on sperm production. There was a time in history not that long ago when it was thought exogenous testosterone would be touted as a male contraceptive. This idea died out when many men using testosterone found they were still able to impregnate a female. While many men on testosterone were found to be severely lacking in this department, it wasn’t enough or significant enough to market the hormone as an actual contraceptive.

The other common reasons for discontinuing TRT are cost and side effects. These are the least common reasons in comparison to fertility needs or desires, but both are still possible. We all go through points in life where money can get a little tight; loss of a job, unexpected expenses – whatever the reason, if you find you need to stop, considering a PCT plan with your physician will make the transition easier. You’re still going to have low testosterone levels in the end – remember, you already had them, or you wouldn’t have started TRT in the first place – but you’ll hopefully be in a better position than you would be without, and in time, when your situation improves, you’ll be able to jump back on your TRT plan.

The same may hold true for the individual who has side effect issues. This will be the least common reason for discontinuation of TRT but certainly within the realm of possibility. You could be one of the rare individuals who cannot control his hematocrit even with regular therapeutic phlebotomy. You could be someone that has other health concerns and, for whatever reason, need to discontinue use until you figure out what’s going on with your body. As was with the individual who was experiencing income issues, a PCT plan may be in order.

For most men, studies have shown that for men who stop TRT, natural testosterone production can normalize within three months or longer, and spermiogenesis in well over a year. This is certainly not optimal when conception is the goal, which leads to the possible need for a PCT protocol. 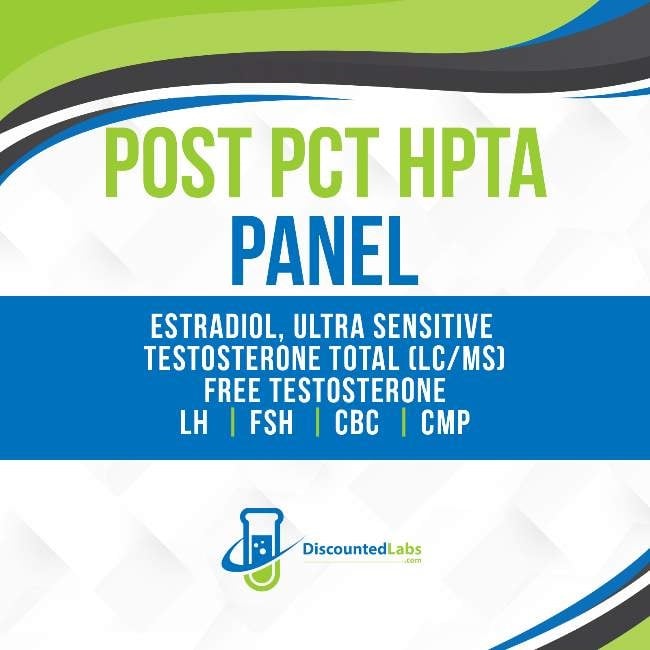 The use of the SERMs has been shown to increase testosterone levels to baseline in as little as 2-4 weeks. Studies have also shown spermiogenesis to improve significantly within 3-6 months. C lom id alone, as we can easily see, greatly improves the time frames of recovery of these two important factors related to conceiving (testosterone and semen).

HCG is another item commonly used in PCT for fertility purposes. HCG PCT has the ability to stimulate both testosterone production and spermiogenesis. It is not uncommon for fertility specialists to try both Clo mid and HCG and, in some cases, in conjunction with one another. Unfortunately, there is much controversy among many fertility specialists regarding how much HCG should be administered for this purpose. While many physicians will prescribe SERMs in the range of 25-50mg per day to every other day, commonly prescribed HCG doses can run anywhere from 1000iu per day to 2500iu or even larger doses split into every other day schedules. Other common drugs used in this treatment, but to a lesser extent, include the SERM Tamoxifen Citrate, best known by its most notable trade name, Nolvadex. Treatments usually requires 4 weeks.

Unfortunately, for some men, a PCT plan that includes some or all of these medications will not work. A HCG PCT plan is most likely to work in a TRT patient who is receiving treatment due to secondary hypogonadism. If a PCT plan has not worked – testosterone levels and sperm count have not increased – it is likely that the individual has primary hypogonadism, and as a result, will be best served (quality of life) by remaining on TRT. It’s imperative to note: this individual had primary hypogonadism prior to beginning TRT, he did not obtain it because of TRT.

How to Know if Your PCT Worked?

After going through PCT, physicians tend to check your testosterone blood levels and upstream hormones like LH and FSH to determine if your hormone axis has been restored. Discounted Labs has created a Post PCT Lab Test Panel that makes it easy for men to know if their PCT has successfully worked.

This lab test panel is designed to measure the health and recovery of the Hypothalamic-Pituitary-Testicular Axis (HPTA) after attempting to normalize it spontaneously or with the use of Post Cycle Therapy (PCT) (with the use of clomiphene, hCG, and other treatments)

For any man, simply discontinuing the use of exogenous testosterone can be difficult, to put it mildly. Your testosterone levels will completely bottom out when going the cold-turkey route, and this often leads to severe sexual dysfunction, decreased energy, and even depression, to name a few of the consequences. Your levels may go up enough to at least function, to a degree, but it’s going to take an enormous amount of time, as previously discussed. Cutting this time down significantly, and giving your body a boost in testosterone during the therapy process, is the only means of discontinuation that makes any sense, meaning some form of a PCT plan a sensible approach.

Diagnosis and Management of Anabolic Androgenic Steroid Use

Testosterone Use in the Male Infertility Population: Prescribing Patterns and Effects on Semen and Hormonal Parameters

How to Stop TRT Safely