Measles: Find Out if You are Protected 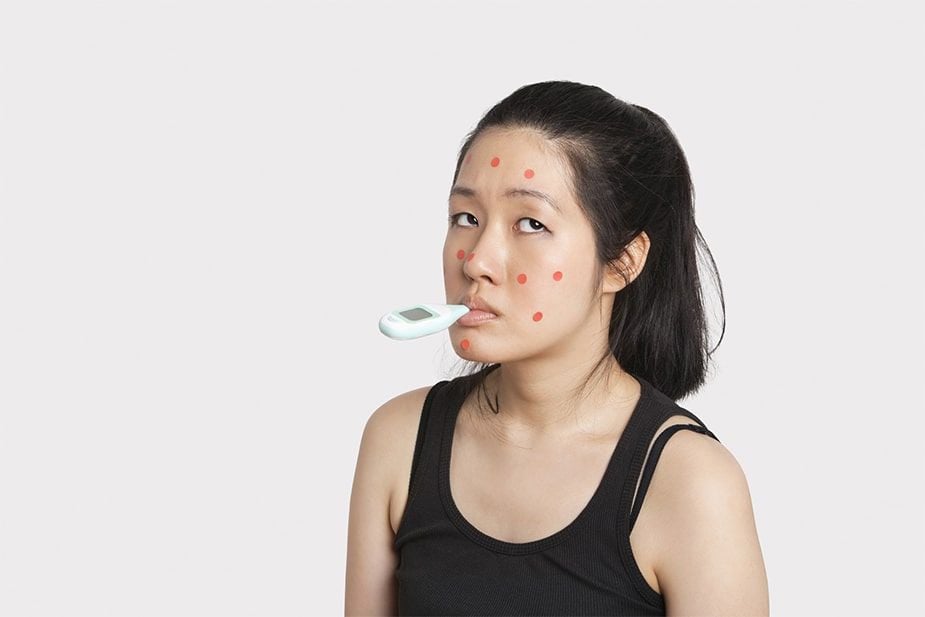 According to the Centers for Disease Control (CDC) From January 1 to May 10, 2019, over 839 individual cases of measles have been confirmed in 23 states in the United States. This is an increase of 75 cases from the previous week. This is the greatest number of cases reported in the U.S. since 1994 and since measles was declared eliminated in 2000. This increase has been fueled by the anti-vaccine movement and other factors.

Alarmingly, two-thirds of pediatricians and other primary care physicians expect deaths from measles or resulting diseases to increase, according to a recent survey by real-time market insights technology firm InCrowd done in April 2019.

But how do you know if you are protected against Measles?

Measles is a highly contagious virus that lives in the mucus of an infected person. It can spread to others through coughing and sneezing.

The measles virus can live for up to two hours in a space where the infected person coughed or sneezed. If other people breathe the contaminated air or touch the infected surface, then touch their eyes, noses, or mouths, they can become infected.

Measles is so contagious that if one person has it, 90% of the people close to that person who are not immune will also become infected.

Infected people can spread measles to others from four days before through four days after the rash appears.

Early symptoms include high fever, a cough, runny nose, and red, watery eyes. Two or three days later small white spots may appear inside the mouth. Within three to five days the red measles rash breaks out on the face and spreads down the body to the feet. The patient’s fever may go to 104 degrees or higher. In a few days, the fever goes down and the rash fades.

If you have been exposed to measles, call your doctor immediately and let them know. Your doctor can determine if you are immune to measles based on your vaccination record, age, or laboratory evidence, and make special arrangements to evaluate you, if needed, without putting other patients and medical office staff at risk.

Are You Immune to Measles?

As a disturbing surge in measles cases has been reported nationwide, Professor of Medicine at New York University Dr. Marc Siegel warns that if you were vaccinated between a certain time frame, you might not be as immune to the disease as you think.

Dr. Siegel told "America's Newsroom" hosts on Tuesday that a primary reason the CDC is informing the public about these skyrocketing numbers is so that individuals born between 1963 and 1989 know that they should be checked by a physician to ensure their vaccines were successful.

CDC considers you protected from measles if you have written documentation (records) showing at least one of the following:

You received two doses of measles-containing vaccine, and you are a(n)

2. adult who will be in a setting that poses a high risk for measles transmission, including students at post-high school education institutions, healthcare personnel, and international travelers.

You received one dose of measles-containing vaccine, and you are a(n) —

2. adult who will not be in a high-risk setting for measles transmission.

A laboratory confirmed that you had measles at some point in your life.

A laboratory confirmed that you are immune to measles. (Buy a Measles Immunity Test Here )

CDC recommends that people get MMR vaccine to protect against measles, mumps, and rubella. Children should get two doses of MMR vaccine, starting with the first dose at 12 to 15 months of age, and the second dose at 4 through 6 years of age. Teens and adults should also be up to date on their MMR vaccination. Children may also get MMRV vaccine, which protects against measles, mumps, rubella, and varicella (chickenpox). This vaccine is only licensed for use in children who are 12 months through 12 years of age.

Some people should not get MMR vaccine or should wait.

Tell your vaccine provider if the person getting the vaccine:

2. Is pregnant, or thinks she might be pregnant. Pregnant women should wait to get MMR vaccine until after they are no longer pregnant. Women should avoid getting pregnant for at least 1 month after getting MMR vaccine.

3. Has a weakened immune system due to disease (such as cancer or HIV/AIDS) or medical treatments (such as radiation, immunotherapy, steroids, or chemotherapy).

4. Has a parent, brother, or sister with a history of immune system problems.

5. Has ever had a condition that makes them bruise or bleed easily.

6. Has recently had a blood transfusion or received other blood products. You might be advised to postpone MMR vaccination for 3 months or more.

8. Has gotten any other vaccines in the past 4 weeks. Live vaccines given too close together might not work as well.

9. Is not feeling well. A mild illness, such as a cold, is usually not a reason to postpone a vaccination. Someone who is moderately or severely ill should probably wait. Your doctor can advise you.

Do not take a chance, find out if you have immunity to Measles by getting tested.