Prolactin: Should Men with Erectile Dysfunction Be Tested ? 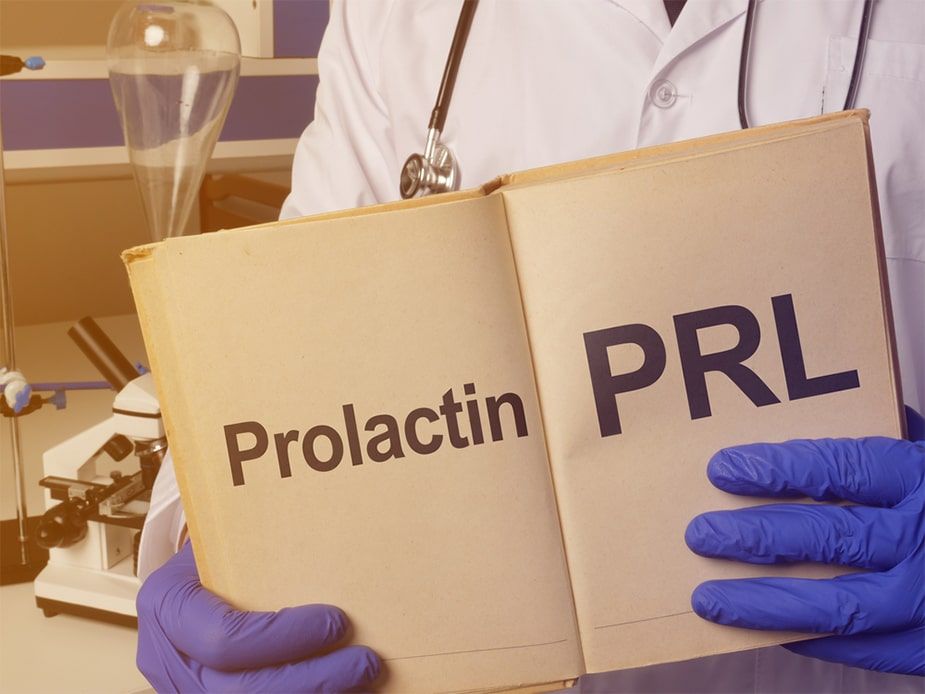 Prolactin is a hormone produced in the pituitary gland that is known for supporting lactation in women but also have many other functions on immune response, myelin coating on nerves, and also enhances LH receptors on testicular Leydig cells so that testosterone can be produced.

High prolactin can decrease testosterone and cause sexual dysfunction.

High blood levels of prolactin are more common than low levels. Hyperprolactinemia (Prolactin > 50 ng/dL) is the most frequent abnormality of the anterior pituitary tumors, termed prolactinomas. Prolactinomas may disrupt the hypothalamic-pituitary-gonadal axis as prolactin tends to suppress the secretion of gonadotropin releasing hormone (GnRH– hormone responsible for activating the pituitary to male Luteinizing and Follicle Stimulating hormones- LH and FSH) therefore causing low testosterone and sperm production. Such hormonal changes may manifest as impotence in males. Inappropriate lactation in men is another important clinical sign of prolactinomas (yes, men's breast tissue can produce small amounts of milk if high prolactin blood levels are present).

However,low prolactin blood levels have also been found to be linked to sexual dysfunction and other issues.  Since prolactin seems to be involved in immune response and heart muscle integrity, keeping healthy levels is important.

Substantial elevation in prolactin (>50 ng/mL) usually indicates a pituitary tumor. Very high levels of prolactin are associated with larger tumors. Prolactinomas are classified as microadenomas (<10 mm) and macroadenomas (>10 mm). The finding of a substantial elevation in blood levels of prolactin association with a pituitary lesion larger than 10 mm by radiographic analysis supports the diagnosis of a macroprolactinoma.

Modest levels of prolactin elevation (25–50 ng/mL) may be associated with several diagnoses. All other causes of hyperprolactinemia should be excluded before a tumor is considered. Primary hypothyroidism and chronic renal disease is associated with elevations in prolactin, probably because of altered metabolism or clearance of prolactin. 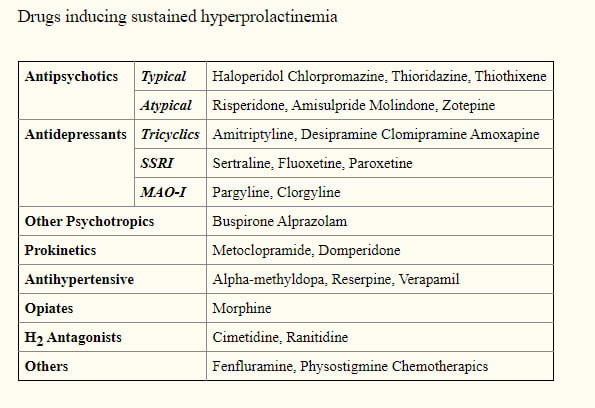 When to Get the Prolactin Lab Test:

1- Men not on testosterone replacement therapy (TRT) with very low levels of total testosterone (T level <150 ng/dL), especially if lower than normal LH is observed. For such male patients, testing for prolactin is used as screening for a potential pituitary gland problem (these men are referred to MRI)

2- Men with fluid production from their nipples. This has been observed in some men on anabolic steroids.

3- Men who have been on optimized TRT (TT levels above 500 ng/dL with free testosterone > 2 percent of TT) who complain of erectile dysfunction after at least 8-12 weeks of therapy. Prolactin is not usually included in baseline lab work due to cost and the fact that the incidence of high prolactin in men is about 5 percent, making it not economically justified. However, if baseline total testosterone is very low or optimized TRT fails to improve ED, prolactin testing could be justified.

Due to its long half life and strong attachment to the prolactin receptor, the use of an ergot derivate at 0.25- 1 mg per week has become the main treatment of choice as a way to decrease prolactin in men on TRT.

An ergot derivative, is a potent dopamine receptor agonist on D2 receptors. In vitro, rat studies show this medication has a direct inhibitory effect on pituitary lactotroph (prolactin) cells. It is frequently used as a first-line agent in the management of prolactinomas due to higher affinity for D2 receptor sites, less severe side effects, and more convenient dosing schedule than the older treatment for this condition.

In a small studydone in men with very high prolactin (>1000 ng/dL) due to a pituitary tumor, a escalating dosing regimen improved prolactin and sexual function.

In another pilot study that enrolled men with ED who had with a median prolactin blood level of 31 ng/dL, a dose of 0.5 mg twice daily of a prolactin blocking medication brought levels down to a median of 4.9 ng/dL and improved sexual function.

It is advisable to start at 0.2-0.5 mg once per week and then recheck blood levels after 4 weeks to ensure that prolactin is not reduced under 2 ng/dL (both high and low prolactin can cause ED).

Note: Some online forums have fueled the unmonitored use of prolactin blocking drugs as a way to boost erectile function and decrease refractory (the time that takes to recover before having sex again) time after an orgasm. There is a concern with unmonitored use of this drug is that men may be driving their prolactin too low which results in the opposite effect they are seeking.

How to order your prolactin test now online.