CMP Panel: How to Manage High and Low Lab Values 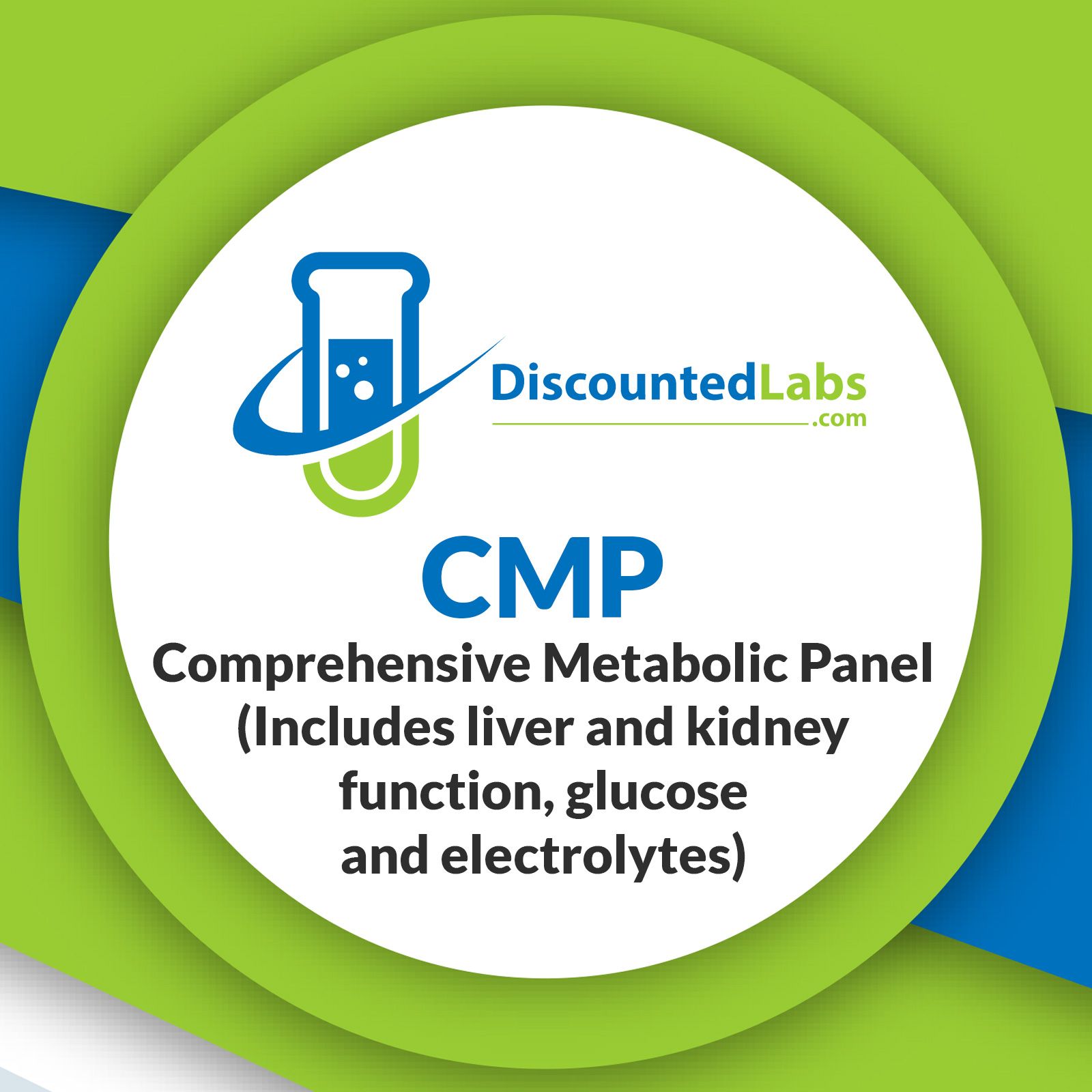 What Tests Are Included in the CMP?

The Comprehensive Metabolic Panel (CMP) is a broad screening tool includes 14 tests that evaluate your liver, kidneys, and more to provide a picture of your overall health. The panel looks at your organ function, electrolytes, blood sugar, and blood proteins. Along with the CBC and lipid panels, CMP is the most commonly ordered lab test panel when you go to see your doctor for an annual physical exam.

The CMP includes tests for:

What Are the Consequences of High or Low CMP Lab Test Values?

We will now explain the potential causes for high or low blood levels of these variables so that  you can discuss them with your physician.

Alanine aminotransferase is an enzyme made by your liver. ALT is important to test to determine whether your liver is performing at its best.

Albumin is a protein synthesized by the liver and can be an indicator of the liver’s synthetic ability. However, because it has a long half-life of 20-30 days, and levels often remain normal even in acute disease, it is not always useful in assessing acute hepatic injury. Albumin is one of the most important proteins in the human body. It helps to carry nutrients to various tissues and it prevents blood vessels from leaking fluids.

When albumin is very low:

Alkaline phosphatase is also known as ALP and it is found in different tissues in the body. This enzyme is mostly present in the bones and liver. It plays a vital role in bone formation and mineralization.

Aspartate aminotransferase is an enzyme found in most tissues in the human body, particularly in the liver and the heart. It has multiple functions in the human body and abnormal levels usually indicate a liver problem.

Normally, the levels of aspartate aminotransferase should be low. Problems appear when these levels get very high due to organ failure or inflammation.

Bilirubin is a yellow substance involved in the process of cleaning organic waste from the body such as dead red blood cells, etc. It is excreted in the bile and urine and it consists of direct and total bilirubin. When doing a blood test, your results might indicate the levels of direct and total bilirubin as both of these are important to diagnose certain diseases.

This is the total amount of bilirubin enzymes in your body, including direct and indirect ones. Low levels of total bilirubin are not a problem in most cases. You should see a doctor when these levels are elevated as they can signify different types of damages to your organs.

Calcium is one of the most important minerals in the body. Calcium is directly involved in the mineralization and growth of bones and it ensures that teeth remain in good condition.

Carbon dioxide is a byproduct of the food metabolization process. This gas is released into the bloodstream when cells are broken down in simpler substances. The blood full of carbon dioxide returns to the lungs where this gas is eliminated through respiration.

Chloride forms when the element chlorine gains an electron. This is an important electrolyte that helps to maintain cell homeostasis or balance.

Serum creatinine (a blood measurement) is an important indicator of kidney health because it is an easily measured byproduct of muscle metabolism that is excreted unchanged by the kidneys. It is eliminated from the body by kidneys through urine. The creatinine test is used to measure creatinine clearance as a way to assess kidney function. Creatinine is one of the variables used to estimate eGFR - Estimated glomerular filtration rate- which is one of the best test to measure your level of kidney function and determine your stage of kidney disease. Your doctor can calculate it from the results of your blood creatinine test, your age, body size and gender. Your GFR tells your doctor your stage of kidney disease and helps the doctor to plan your treatment. If your GFR number is low, your kidneys are not working as well as they should. The earlier kidney disease is detected, the better the chance of slowing or stopping its progression. People with high creatinine (low eGFR) should get a Cystatin C test which may be more accurate in certain cases. Elevated creatinine is not always representative of a true reduction in eGFR. A high reading may be due to increased production of creatinine not due to decreased kidney function, to interference with the assay, or to decreased tubular secretion of creatinine. An increase in serum creatinine can be due to increased ingestion of cooked meat (which contains creatinine converted from creatine by the heat from cooking) or excessive intake of protein and creatine supplements, taken to enhance athletic performance. Intense exercise can increase creatinine by increasing muscle breakdown. Dehydration secondary to an inflammatory process with fever may cause a false increase in creatinine concentrations not related to an actual kidney injury. Several medications can interfere with the assay. Creatinine secretion by the tubules can be blocked by some medications, again increasing measured creatinine.

Glucose is basically the amount of sugar you have in your blood. The entire human body uses glucose as a fuel source, but too much of it can be a real problem.

Potassium ions are vital for the functioning of all living cells. The transfer of potassium ions across nerve cell membranes is necessary for normal nerve transmission; potassium deficiency and excess can each result in numerous signs and symptoms, including an abnormal heart rhythm and various electrocardiographic abnormalities. Fresh fruits and vegetables are good dietary sources of potassium. The body responds to the influx of dietary potassium, which raises serum potassium levels, with a shift of potassium from outside to inside cells and an increase in potassium excretion by the kidneys.

The symptoms of an elevated potassium level are generally few and nonspecific. Nonspecific symptoms may include feeling tired, numbness and weakness. Occasionally palpitations and shortness of breath may occur. Hyperventilation may indicate a compensatory response to metabolic acidosis, which is one of the possible causes of hyperkalemia (high potassium).

Sodium is another important electrolyte in the body. It helps to keep the cell fluid balance at normal levels and it performs other important body functions.