Estradiol Blood Level in Men: Why It is Important 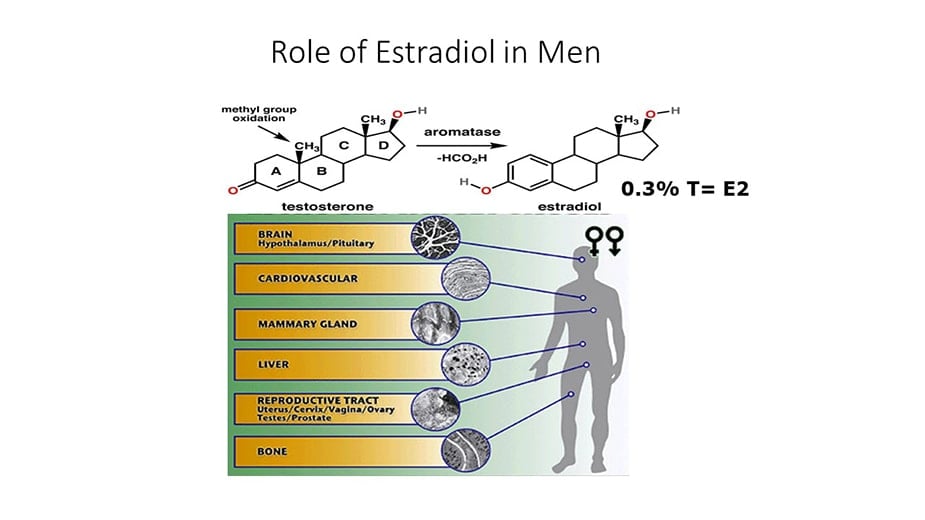 Estradiol is the most important female sex hormone, and it plays a significant role in developing female secondary sexual characteristics. It also plays a vital role in maintaining proper bone density, regulating body fat, and ensuring a strong erection in men.

This type of hormone is one of the three estrogens found in the human body. The other two are called estrone and estriol. Estradiol is the most important and strongest of the estrogen hormones, and it is primarily made in testicles, fat cells, and liver.

Approximately 80% of the estradiol found in a man's body comes from the aromatization of testosterone. A small amount of testosterone is converted to estradiol to maintain healthy reproductive and cognitive systems in men, among other body functions.

Why is estradiol in men important?

Because maintaining proper estradiol levels is paramount for ensuring the correct functioning of various body processes. For example, estradiol is involved in:

· Maintaining an emotional balance in men

There are numerous myths that circulate online when it comes to estradiol. Since this is a female sex hormone, some say that too much estradiol can give one "man boobs" or make him asexual. Although having very high estradiol levels can lead to various health issues, reducing the amount of estradiol in the body can also have negative consequences such as losing bone mass, having joint pains or having a decreased libido.

Keep reading this article to learn more about estradiol and how it can negatively affect the body if it circulates in the blood in sub-optimal quantities. 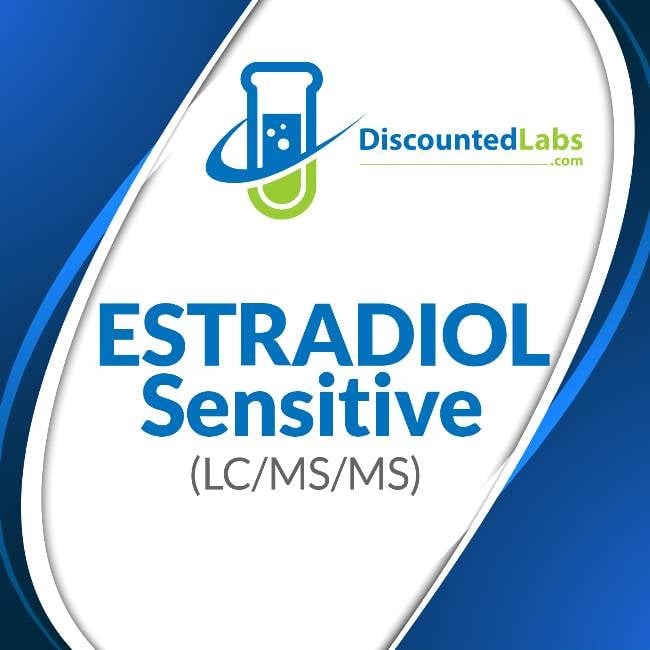 Maintaining optimum estradiol levels is key to flourishing health and enhanced fitness performance. There are several causes or factors which might disrupt proper estradiol balance and lead to very high or very low estradiol levels.

· Toxins from the environment

To achieve correct estradiol levels in the organism, one needs to learn more about this type of hormone and find out how it influences the body. The following study analyzes how testosterone and estradiol can influence muscle development, strength and sexual function in men aged 20-50.

This study aims to identify a direct relationship between testosterone and estradiol in men and various body functions and processes such as fat accumulation, muscle development, and fitness performance, libido, and sex drive, etc.

Approximately 80% of the estradiol currently found in men results from the aromatization of testosterone. When if the levels of testosterone go down, estradiol levels will also be reduced, and this might lead to changes in body composition.

Two groups of 198 and 202 men participated in this study. They were healthy men aged 20-50 who were carefully monitored for over 16 weeks to find differences in body composition and fitness performance.

The first 198 men were given goserelin acetate which is a substance that suppresses natural testosterone and estradiol levels. They were also given a placebo gel as well as testosterone gel in different concentrations such as 1.25 g, 2.5 g, 5 g, or 10 g. The gel was administered daily.

The second group received the same treatment, but they were also given an aromatase inhibitor which is a substance that prevents the aromatization of testosterone into estradiol.

Key factors were monitored in these 400 men to determine the influence of testosterone and estradiol on muscle performance and strength, sex drive, and fat development.

The study concluded that the body fat percentage increased in men who received a placebo testosterone gel or 1.25 g or 2.5 g of testosterone gel without getting anastrozole. Lean muscle mass also decreased in these men, and leg-press strength showed a significant decrease only in men who received the placebo gel. The significant increases in body fat are attributed to estrogen deficiency (suppression of the aromatization process of testosterone).

Both androgen and estrogen deficiency caused a significant decrease in sexual function which was represented by sexual desire and erectile function. Men who received the placebo gel or 1.25 g of testosterone gel experienced the most significant decrease in sexual function, as opposed to those who received a higher concentration of testosterone gel.

The study was funded by the National Institutes of Health and determined that decreases in testosterone levels primarily influence muscle strength and performance, decreases in estradiol can lead to a higher subcutaneous and intraabdominal fat percentages, and both androgen and estrogen deficiencies can lead to poor sexual function.

Let's take a look at more negative consequences which can appear as a result of having too little estradiol in the body.

As mentioned earlier, having less-than-optimal amounts of estrogen in the body can lead to multiple health problems in men of all ages. Let's discover how low estradiol levels can hinder fitness goals or affect health.

Muscle hypertrophy is essential for fitness professionals and the protein carrier Glut-4 can help with recovery and growth by transporting nutrients from the surface to the core of the cells. However, this protein can sometimes become stubborn and remain inactive for long periods of time. As a result, insufficient amounts of nutrients are carried from the surface to the interior of the cells which might make the muscle recovery process less efficient.

The role of estrogen, in this case, is to make the translocation of the Glut-4 possible which leads to a higher amount of nutrients being delivered to muscle tissues for repair and growth. Having very low amounts of estrogen can prevent the activation of this protein carrier which is a significant loss for any fitness professional or bodybuilder.

As you probably already know, myostatin is an important suppressor of muscle growth in both males and females. It can be extremely powerful as presented in various studies and experiments performed on animals.

For example, animals which had their myostatin gene removed experienced dramatic increases in muscle mass, sometimes reaching up to 100% more muscle in comparison with animals which haven’t been genetically altered.

Studies show that the elevated estrogen levels in women can prevent myostatin from interfering with the muscle-building process. By having very low levels of estrogen, the myostatin substance is free to suppress muscle growth which is something all fitness professionals want to avoid.

Insulin, a substance produced by the pancreas, is essential for "unlocking" cells in the bloodstream, allowing them to absorb the existing glucose – a process which gives the human body energy to survive and to perform daily tasks.

When cells develop insulin resistance (as a result of a sedentary lifestyle, among other factors), type 2 diabetes can result. Doctor Evelyn Yu, M.D., an endocrinologist at the Harvard University, concluded that estrogen deficiency could lead to a poor glycemic index as well as an increased resistance to insulin. Men and women of all ages can be affected by this, and that’s why it's important never to reduce the estrogen hormone to a dangerous level.

Another study conducted on men aged 40-74 years determined the important role of high aromatase activity in the body. Let's take a closer look at its findings.

This study strives to determine a relationship between spine BMD (bone mineral density) and aromatase activity in patients with low testosterone levels.

90 men aged 40-74 years were carefully monitored during a genetic study on the effects of the aromatase enzyme on the bone mineral density. These men underwent testosterone replacement therapy as a result of low testosterone levels.

Their body composition was analyzed using advanced tools such as dual-energy x-ray machines and enzyme immunoassay, among other medical equipment.

The study concluded that men who had the highest estradiol levels in comparison with testosterone also registered the highest spine bone mineral density. At the same time, their high aromatase activity leads to an increase in truncal fat as well as a significant decrease in lean body mass.

The most important finding of this study is that despite having low circulating testosterone levels, high aromatase activity can lead to healthy musculoskeletal health in men over 40 years old. The direct relationship between estradiol and high bone density is visible in this study.

The role of estradiol in men's health cannot be denied. There are numerous benefits this hormone can provide to men of all ages if it circulates in the blood in optimal quantities. This article is part of a series of documents which outline important findings of scientific studies on estradiol. The more information one accumulates on estradiol, the better decisions he can make when it comes to achieving healthy estrogen levels in the body.

One of the best ways to determine how much estradiol one has in his body is by using blood tests. This is an inexpensive and highly efficient method of knowing the exact estrogen and testosterone levels.

More interesting reading: THE TOP 18 THINGS YOU DID NOT KNOW ABOUT ESTRADIOL'S ROLE IN MEN'S HEALTH