Medications that Interfere with Thyroid Drugs: What You Should Know 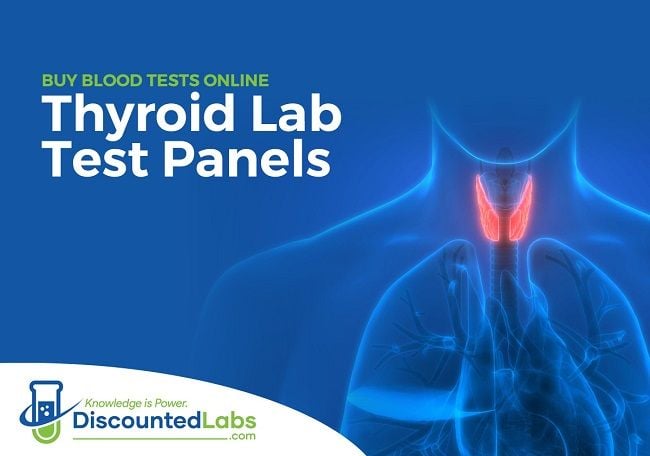 Thyroid problems are prevalent in the United States and the entire world. In some cases, the thyroid makes too many hormones and patients take drugs for hyperthyroidism. In other cases, the thyroid is sluggish and makes insufficient amounts of T3 and T4. This is called hypothyroidism and there are drugs prescribed for this disease too.

Although thyroid problems can be kept under control with thyroid drugs, other medications that patients might take can interfere with these drugs. 5% of people in the US are treated for thyroid problems, so it's important to know what drugs might affect these treatments.

Keep reading this article to find out more, especially if you're currently taking thyroid medication for hypothyroidism or hyperthyroidism.

What Drugs Are Used to Treat Thyroid Problems?

If you're struggling with an underactive thyroid, your doctor might prescribe levothyroxine as an ongoing medication for your hypothyroidism. Levothyroxine is also known as Levoxyl, Levo-T, Thyro-Tabs, Unithroid, and so on as these are the brand names used to sell the drug.

On the other hand, if you're dealing with a hyperactive thyroid, you need medication to reduce the amount of T3 and T4 produced by your thyroid. In this case, you might be prescribed propylthiouracil and/or methimazole. The latter drug is also known as Tapazole.

How Do Meds Interfere with Thyroid Drugs?

Various drugs and medications interfering with each other is a well-known fact. In many cases, the labels of various drugs instruct patients what meds or substances to avoid ensuring the efficiency of their treatment. This is also the case for thyroid drugs. For example:

As an analogy, it has been discovered that black pepper increases the absorption rate of various vitamins and minerals in the blood. That's why certain supplements such as curcumin are usually formulated with black pepper to be absorbed by the body more effectively.

Medicines That Make the Body Eliminate Levothyroxine Too Quickly

When the body has an excess of a substance, it eliminates it in several ways such as through perspiration, urine, or feces. Certain drugs can make the body produce more enzymes and accelerate the speed at which certain substances are eliminated.

If you have a thyroid gland that functions properly, your body can compensate for this mechanism by making more thyroid hormones. However, people with hypothyroidism cannot make more T3 and T4, and the levothyroxine taken through medicine is eliminated from the body too quickly.

Various drugs can make the body produce more enzymes such as antiseptic drugs that are prescribed to counteract seizures. For example,  phenobarbitals, primidone, and phenytoin (aka Dilantin) can increase the metabolism of levothyroxine in the body.

Other drugs such as antimicrobial agents can also increase enzyme levels in the body and cause the elimination of levothyroxine too quickly. For example, rifampin, efavirenz, and nevirapine (aka Viramune) are enzyme inducers and some of them even cause hypothyroidism in patients on levothyroxine therapy.

Some drugs that are used in the treatment of leukemia and certain cancers might also cause hypothyroidism when used in combination with levothyroxine. For example, imatinib, aka Gleevec, might have this effect on certain patients.

Certain selective serotonin reuptake inhibitors (SSRIs) such as sertraline (Zoloft) might make levothyroxine treatment become ineffective. These are drugs used to treat depression and millions of Americans use them.

Drugs That Decrease the Absorption of Levothyroxine in the Body

Some drugs that are administered to treat a certain disease might make the body absorb less levothyroxine when the two medicines are combined. That's why it's advisable to take your thyroid drugs at least 4 or 6 hours before or after taking the other drugs.

For example, antacids are a category of medicines that can reduce the effectiveness of levothyroxine. These drugs are administered to treat heartburn. Calcium products such as Rolaids can also interfere with the correct absorption of levothyroxine.

Sucralfate, aka Carafate, is a drug given to treat stomach ulcers. It has been discovered that it reduces the absorption of levothyroxine in the body. However, if patients take their thyroid drugs 8 hours after taking sucralfate, this problem can be avoided.

Iron supplements such as Feosol are another category of drugs that might interfere with levothyroxine absorption. Sevelamer, a drug administered to people with chronic kidney disease, has a similar effect. It should be given after at least 6 hours of taking levothyroxine medication to avoid negating the impact of the thyroid drug.

Certain antibiotics can also reduce the absorption of levothyroxine. Although more research is needed, ciprofloxacin, levofloxacin, and lomefloxacin might interfere with a patient's thyroid medication, and these two categories of drugs should be separated by at least 4 hours.

Drugs that help the body transform cholesterol into bile acids should also be separated from thyroid medications by at least 6 hours. For example, Cholestyramine, Colestipol (aka Colestid), and colesevelam are bile acid binders and shouldn't be combined with levothyroxine.

Finally, drugs used to treat osteoporosis, such as Evista (Raloxifene), might also decrease the absorption rate of levothyroxine in the body. Although more evidence is needed, specialists recommend separating the two drugs by at least 12 hours.

TBG is a particular type of protein that carries thyroid hormones through the body via your bloodstream. Tissues absorb the required amount of thyroid hormones as they "detach" from TBG. However, when TBG levels are high, more thyroid hormones remain bound to TBG, and they cannot reach the tissues where they are most needed.

If a person has a normally functioning thyroid, this is not a problem. The thyroid gland makes more hormones to compensate. However, most people with hypothyroidism cannot "afford" to produce more thyroid hormones.

Certain drugs or substances might increase TBG levels and reduce your levothyroxine treatment's effectiveness. For example, oral contraceptives contain estrogens that increase the levels of TBG in the bloodstream.

Estrogen replacement therapy might also increase TBG levels, but this can be avoided by using transdermal estrogen medication. This administration method doesn't affect the TBG lab test and and it doesn't interfere with your thyroid drugs.

Blood thinners are medications administered to people who are at risk of developing blood clots. If a blood clot forms in an essential part of the body, it can be life-threatening. Strokes are good examples in this case.

Those who struggle with pulmonary embolism, vein thrombosis, or heart disease might be on a dose of blood-thinning medication such as warfarin. This medication is an anticoagulant, and it might interact with levothyroxine treatment.

For example, if a person has an overly active thyroid (hyperthyroidism), the warfarin dose might make the blood thinner than usual. This can lead to bleeding, and it can be life-threatening in some instances.

The warfarin anticoagulant might be ineffective if a person has an underactive thyroid gland (hypothyroidism). In this case, the blood becomes somehow resistant to the effects of warfarin, and it remains too thick, increasing the risk of developing blood clots.

That's why it's essential to carefully manage your intake of levothyroxine and warfarin or other types of blood thinners. If you feel your thyroid medication is ineffective, talk to your doctor and see if warfarin could interfere with it.

As mentioned earlier, levothyroxine is widely prescribed to patients, particularly in the United States. Although it can work wonders in the correct dosage for suitable patients, levothyroxine can easily interact with other drugs you might take daily.

Your responsibility is to pay attention to potential symptoms and talk to your doctor if you feel your thyroid treatment should be more effective. Keep a list of all the drugs you take and show it to your doctor during your next meeting.

This will help you make the proper adjustments and find a balance between levothyroxine and other drugs you might take.

The thyroid gland doesn't get as much credit as it deserves, but it's solely responsible for how much energy you have throughout the day and how your body metabolizes substances. It's recommended to keep your thyroid hormones in check using affordable blood tests from a reputable provider.

For example, you can go to DiscountedLabs.com and look at the inexpensive thyroid panels available online. This test requires a single blood sample and gives you more details about your T3, T4, and TSH levels, so you know whether your thyroid is usually workingor not.